Starting from morning hours, September 27, 2020, the world was speaking about the South Caucasus, counter-attack operation of Azerbaijan. Numerous journalists have covered the course of the Patriotic War, which ended with the Victory of the Azerbaijani Army. We must especially mention the effort of media representatives from brotherly Turkey among them. Some of the Turkish journalists who supported the righteous voice of Azerbaijan in the information warfare have shared their expressions with APA’s local bureau on the anniversary of the Patriotic War.

During the war, Fulya Ozturk who was working in CNN Turk has expressed her intention about going to Azerbaijan when the war began and has repeatedly appealed to the TV channel management. She said that she has closely watched the history of the conflict, massacres committed by Armenia against the civilian population, and things that happened in Khojali, Karabakh.

F. Ozturk has worked in more than 60 cities of Turkey, and many risky areas of the world, and especially in the recent 10 years, she served in many war zones from Syria to Africa and from Bangladesh to Europe: “I have seen many horrors in Azerbaijan during the war. Armenia has repeatedly fired on the settlements where civilians were living from the “Smerch” rockets, cluster bombs. We were there during those attacks. We might also die. We have returned from death many times. There was a criminal regime on the opposite side. Everything might happen anytime. How happy we are that we did not leave Azerbaijan alone in its righteous fight, and delivered its voice to the world”.

F. Ozturk knows about the attention and love to her in the Azerbaijani community: “Before the war, it was as if God was preparing me for it. I was listening to “Chirpinirdin, Gara Deniz” every morning. What was the reason for this, even I did not know. I have never been to Azerbaijan before. I left for Azerbaijan with heart and sincere feelings. It seems that the Azerbaijani people have loved and embraced me because of my sincerity. My other colleagues have also worked with heart. But, a different and unbreakable bond was created between me and the Azerbaijani people. Maybe, I can live in Azerbaijan in the future. Because it is also my homeland.. I send my greetings, love to dear Azerbaijan”.

According to an employee of the CNN Turk Enver Kaptanoglu Armenia was conducting "Black PR" from the first day of the war.

”Armenia was conducting "Black PR" from the first day of the war. That is why it was very important to rightly inform people about the things happening on the battlefield.

It was the first time that I had visited Azerbaijan. As a person working in the very difficult war regions in the world, I can say that Karabakh was very different from other conflict regions. Armenian side targeted with ballistic weapons residential places, civilians far away from the conflict zone. Therefore, we tried to convey crimes committed by the other side to the world, in Azerbaijan’s righteous fight. I think that Turkish journalists achieved it, managed with their jobs well. Karabakh conflict has already been resolved. I once again congratulate Azerbaijani people on brilliant victory,” stressed Turkish journalist.

The employee of A-Haber TV Emine Kavasoglu was several times in Azerbaijan, however, her first visit to Karabakh was during the Patriotic War: “We witnessed very important, heavy and memorable moments. We closely followed those difficult days that Azerbaijani people experienced. On the other side, to witness the liberation of Karabakh village by village, settlement by settlement, region by region, of course, as a journalist was very important for me. Especially our generation watched from TVs what happened to Azerbaijani people in Khojaly, what experienced Azerbaijanis…”

Emine Kavasoglu says that the second Karabakh war was not similar to others: “Deliberately civilians were killed at their homes by Armenia. They killed children, young people, elderly. Even I can say that press representatives were also in the target. When Armenia shelled tartar, it was revealed that actually, the purpose was not to destroy the factory there, but also to kill the journalists who wanted to convey realities to the world there. But what happened at the end? The occupation and oppression in Karabakh have ended. It was an honor to witness the planting of the Azerbaijani flag on the land of Karabakh.”

The journalist of Hurriyet newspaper Fevzi Kizilkoy also visited Baku several times before the Second Karabakh war. He was in Iraq, Syria, and Afghanistan. On September 27, the leadership of the newspaper made a decision to send F. Kizilkoy to Karabakh. As he said, he liked this decision: “Before the war, Armenia gave the impression to the world community that they were in a miserable state. This thought completely changed with the support of the media. Armenia committed war crimes by targeting civilians, not the conflict region. These heavy scenes, martyrs, losses, ruins have left indelible marks on my memory. But in the end justice won. I am very happy for this great success and congratulate everyone.”

Habip Demirci, the cameraman of Al-Arabiya's Istanbul branch, together with the channel's correspondents Ahmed Ghannam and Adnan Can Atayturkmen was nearly killed twice: “On September 27, we got information about the issue, informed the channel's centre in London and were sent to Azerbaijan. In the places where the incidents took place more, the relevant agencies informed and warned foreign journalists regarding security issues. But we wanted to film more closely and show what happened. We even took a risk in Ganja, crossed the security zone and filmed. In Tartar, two bombs were dropped in a row at a distance of 100 meters while filming the destroyed area with the correspondent.

We crawled to a safer place. A bomb was shelled at Ganja in such a way and it was as if a 7-magnitude earthquake jolted the hotel where we were staying. We went to the scene to film. Those places were completely turned into hell. All those scenes were sorrowful.”

TRT correspondent Bulent Chulcuoghlu was sent to Azerbaijan since the day the war broke out and visited Ganja, Tartar, Barda, Goranboy and Agdam for more than 50 days: “While the Azerbaijani Army was simply hitting military points, the Armenian armed forces were killing Azerbaijani civilians. Attacks by the Armenian Army at Ganja, pulling the lifeless bodies of babies from under the rubble ... I will never forget those scenes. I witnessed how the regime of Bashar al-Assad was killing civilians in Syria. During the Second Karabakh War, I witnessed that the Armenian government was no different from the Assad regime in Syria. In return for these treacherous attacks, Azerbaijan silenced them with great war culture and achieved Victory. I once again congratulate the Azerbaijani Army. I am honoured to witness the great victory of Azerbaijan.” 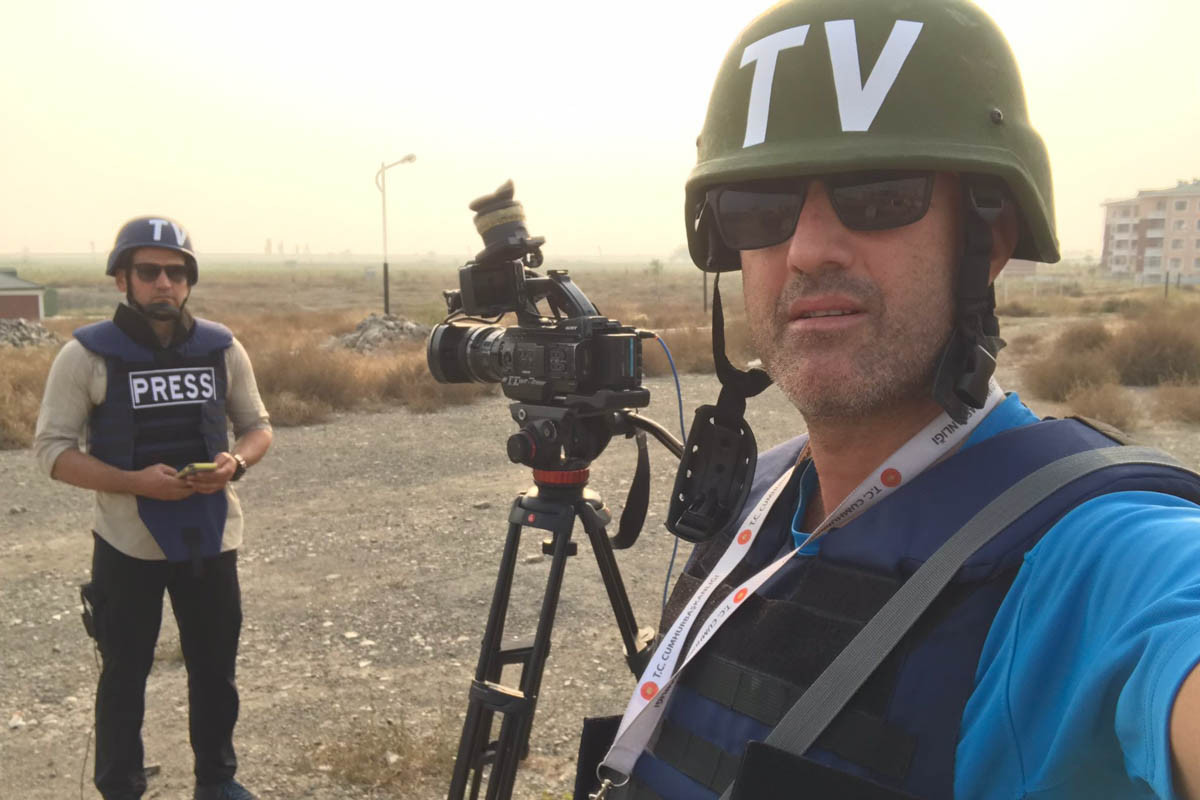 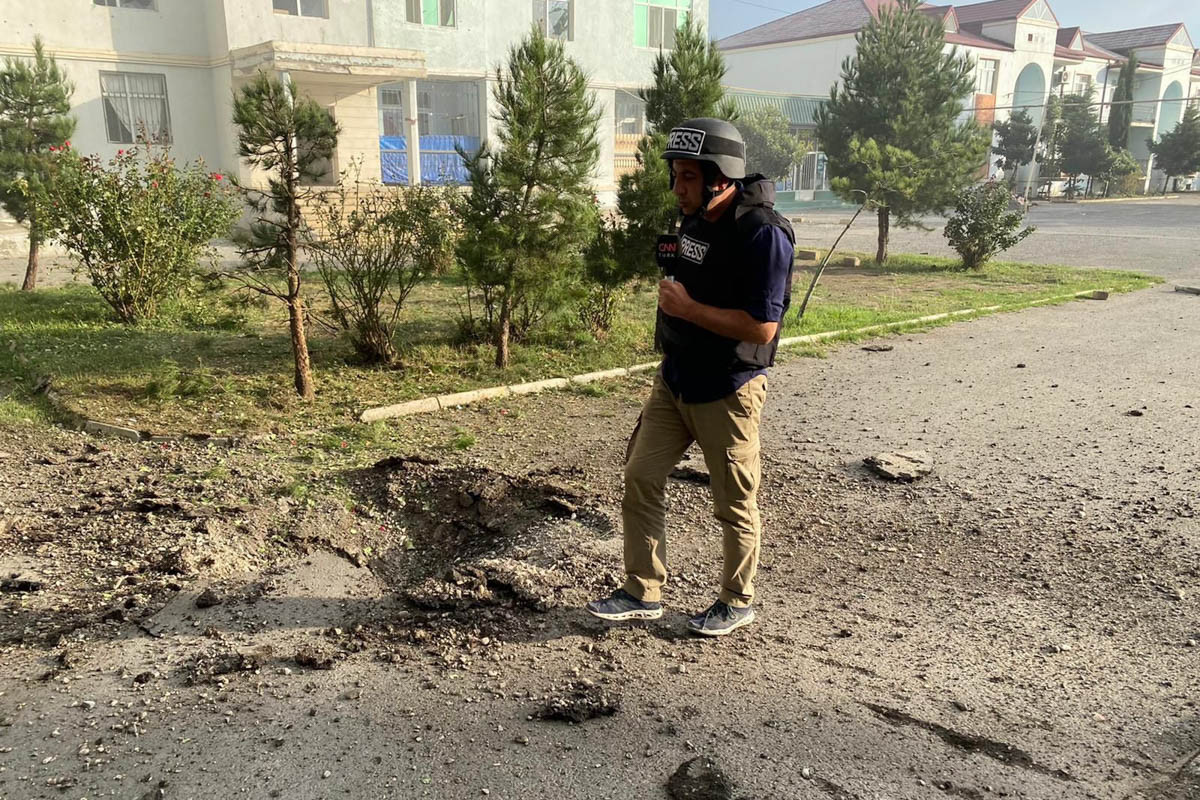 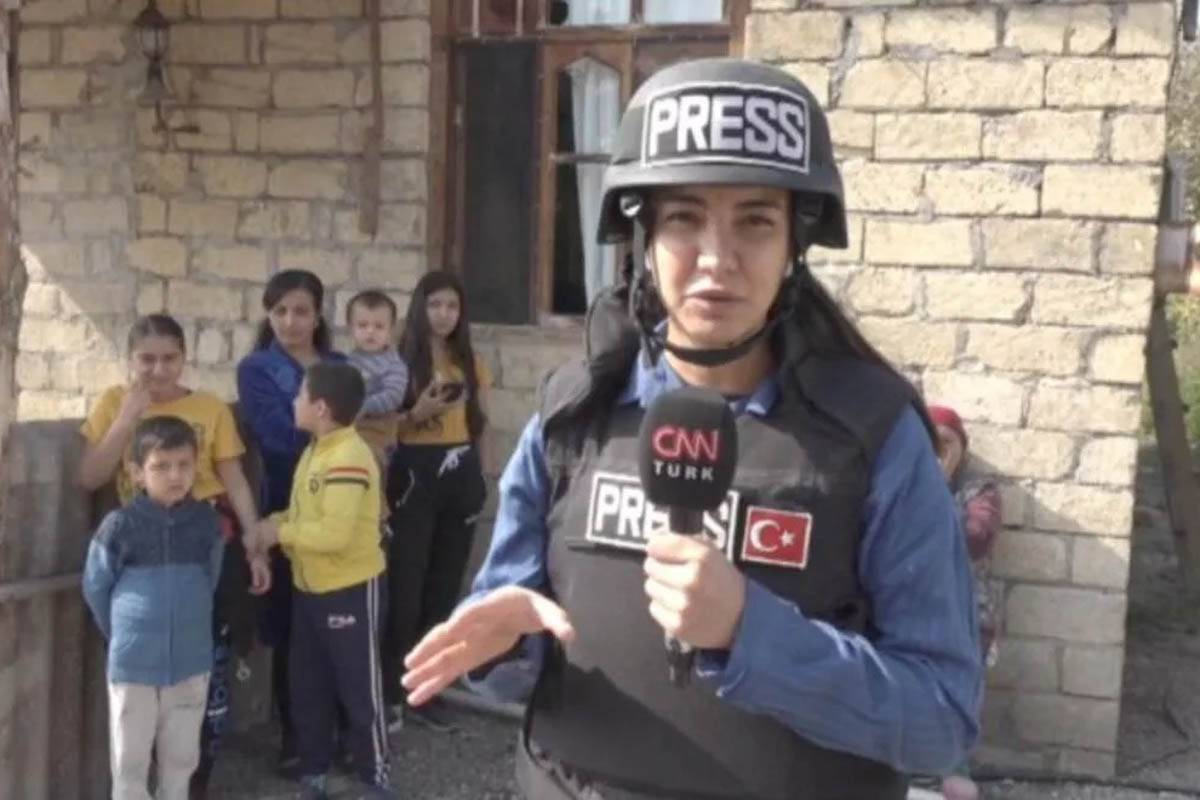 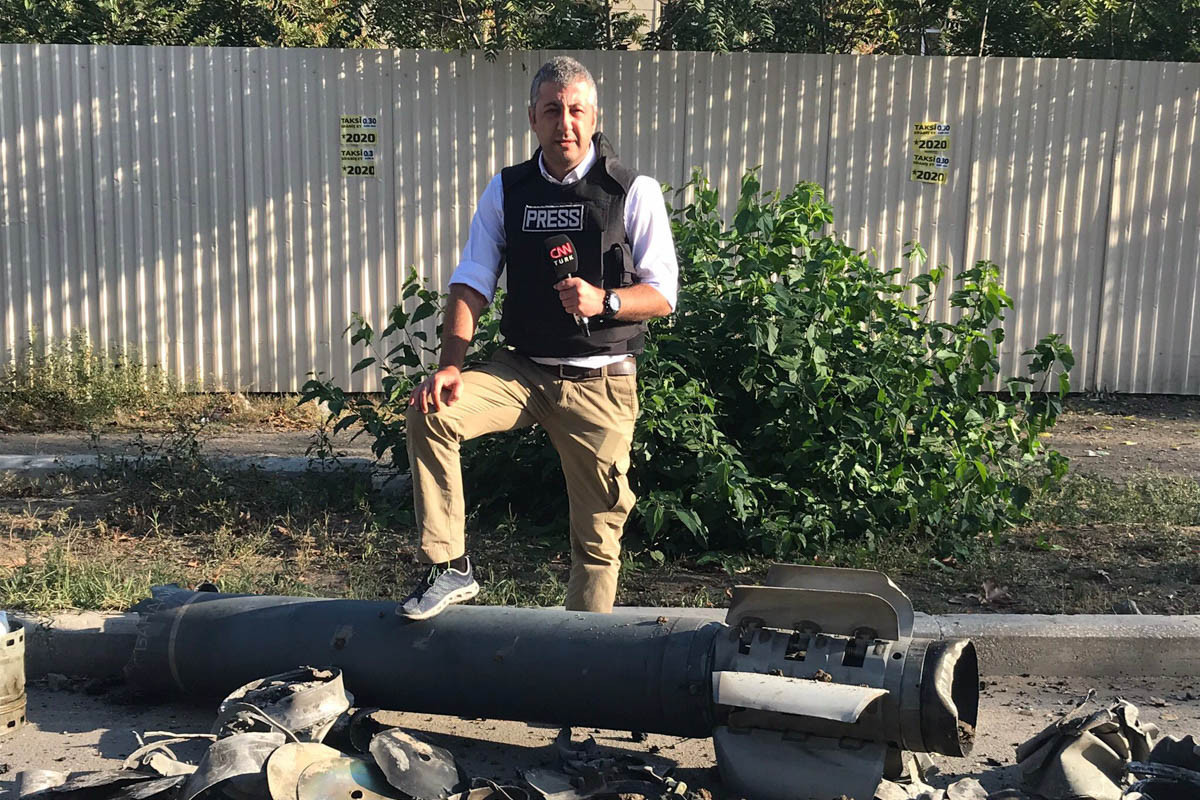 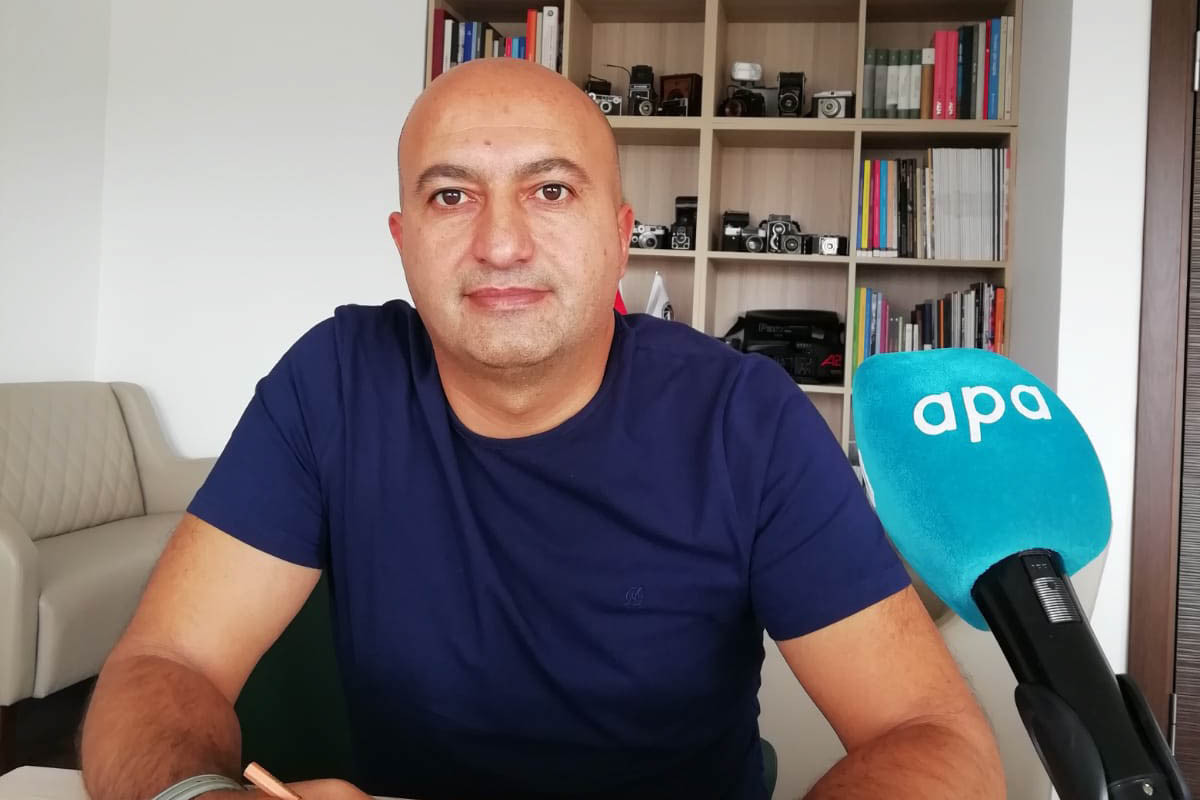 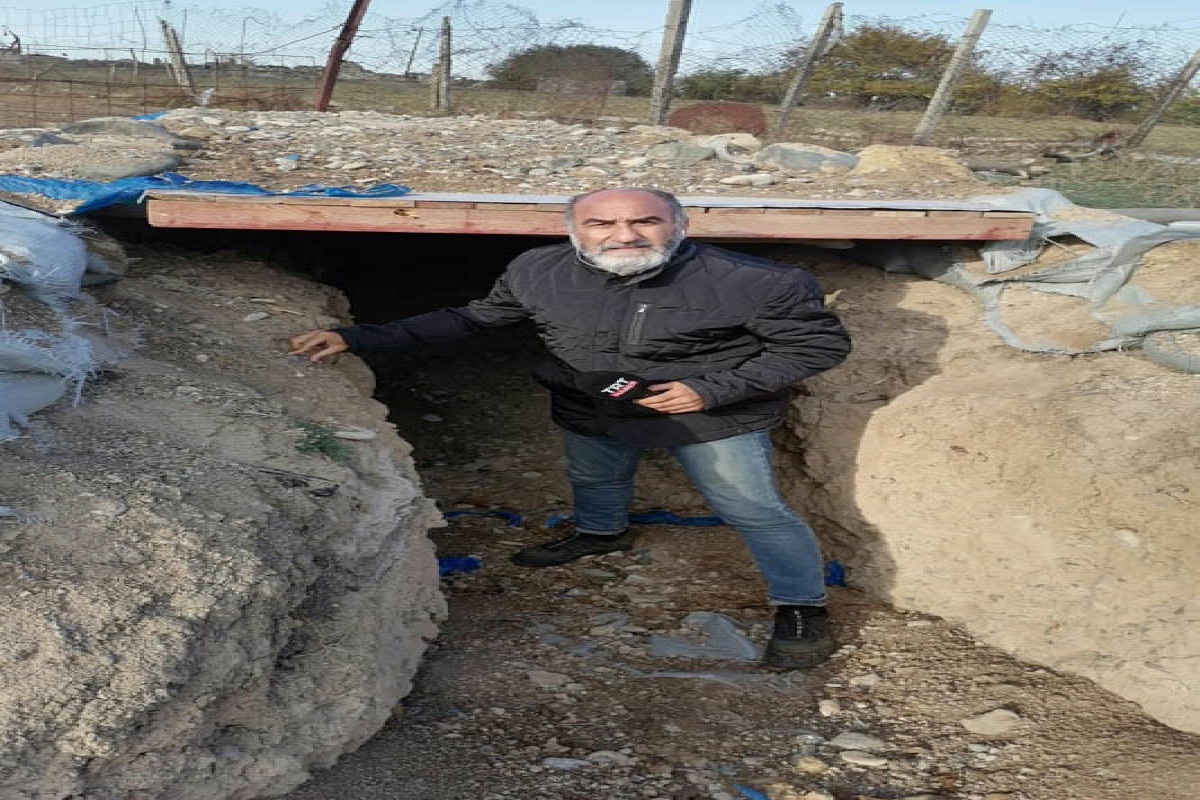 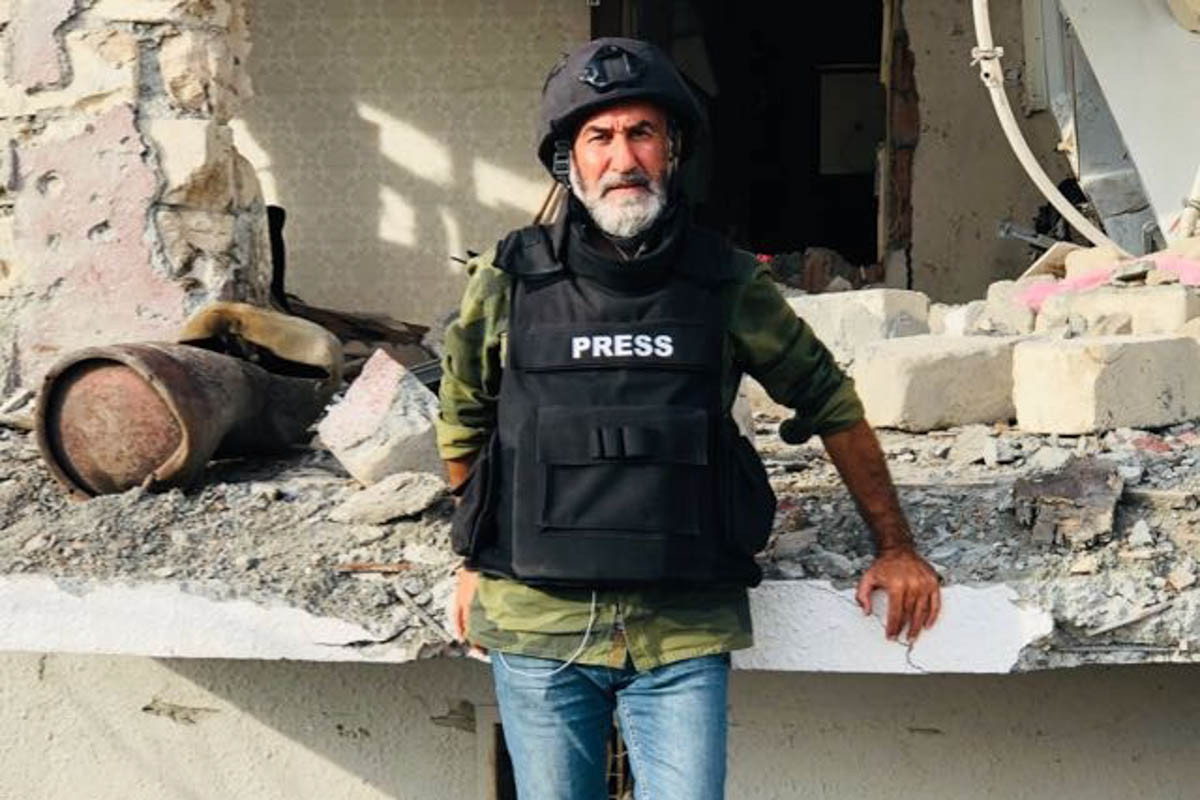