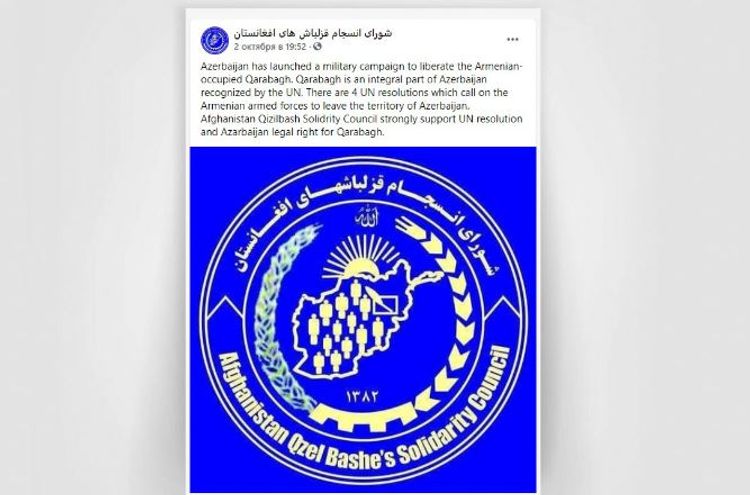 The “Qizilbash” Solidarity Council in Afghanistan has issued a statement in support of Azerbaijan on its Facebook page, State Committee on Work with Diaspora of the Republic of Azerbaijan told APA.

The statement said that Nagorno Garabagh belongs to Azerbaijan and the historical territories of Azerbaijan were occupied by Armenia. It was stated that Armenia must leave the occupied territories immediately, as mentioned in UN resolutions.

The statement expressed support for the Azerbaijani state in the right struggle for the liberation of the occupied territories.