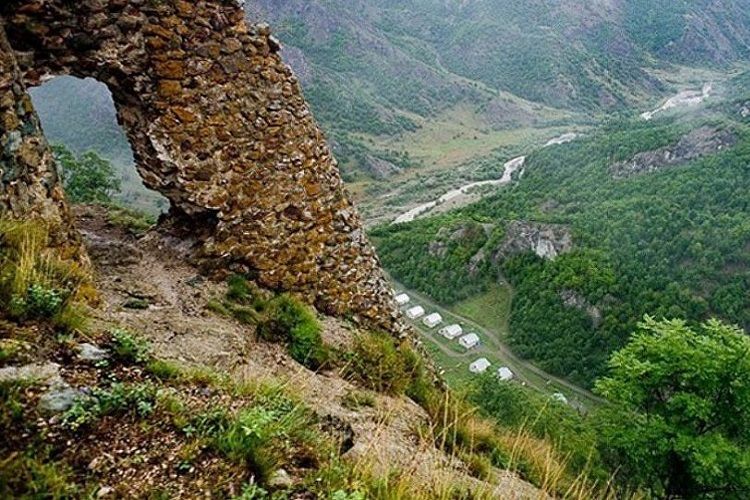 27 years have passed since the occupation of Azerbaijan’s Gubadli district by Armenian armed forces, APA reports.

Gubadli district was established in 1930. It covers an area of 802 square km. There are 94 residential districts, including a town and 93 villages. The district was occupied by Armenian armed forces on August 31, 1993.

Gubadli was home to some 30 thousand people prior to the occupation, when the economic backbone of district was grain-growing, cattle-breeding, tobacco-cultivation, sericulture and vine-growing. Two grape processing plants, one butter and cheese factory, one asphalt plant, one incubator-poultry farm, one fishery, one stone quarry, marble quarry, a branch of Azerbaijan “Neftqazavtomat” experimental plant and others functioned in the district. Totally, there were 62 facilities.

There were 61 general education schools, including 33 secondary, 16 eight-year and 12 primary schools in Gubadli.

There were about 180 cultural and educational institutions. Eighty-four libraries, 12 cultural houses, 44 clubs and 7 auto-clubs served the population. There were also 2 children's music schools in the district.

Armenians looted Gubadli Museum of History and Ethnography where more than 5,000 unique exhibits were displayed. At present, a sanctuary in “Gavur deresi” dating back to the 4th century, “Galali” and “Goygala” monuments dating back to the 5th century, “Demirchiler” tomb built in the 14th century, Haji Badal bridge, Lalazar bridge, as well as other historical monuments in Ayin, Yusifbeyli, Seytas, Garaghajli, Khojamsakhli villages are under occupation.

During the Armenian aggression, Gubadli had 238 martyrs and 146 disabled people within 5 years. The title of national hero has been conferred on a number of martyrs, including Aliyar Aliyev, Vasili Aliyev, Aslan Atakishiyev, Alakbar Mamamdov, Karam Mirzayev, Agil Mammadov, Beyler Aghayev, Kazimagha Karimov and Safa Akhundov.