28 years pass since occupation of Azerbaijan's Khojavand by Armenia 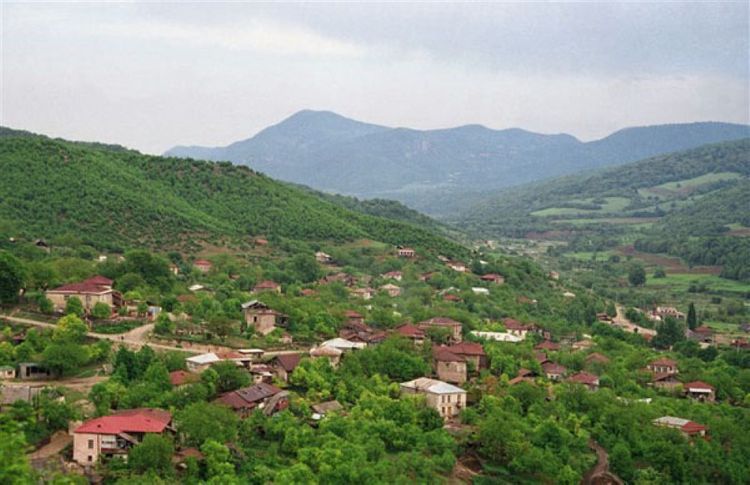 28 years have passed since the occupation of Azerbaijan's Khojavand, APA reports.

On October 30, 1991 Tug and Salakatin, on November 15 Khatai, on November 19 Khojavand villages, settled by Azerbaijanis, were occupied by Armenians, and on January 9, 1992 Akhullu was invaded.

On October 2, 1992 Amirallar, Mughanly and Kuropatkin villages, on July 23, 1993 Gunashli village were invaded and set on fire by Armenian armed forces.

During the Karabakh war which began in February 1988, 145 people – among them 13 women and 13 children – were martyred in Khojavand district. As a result of the occupation, 1723 houses, 47 industrial facilities, 32 healthcare facilities, 59 cultural objects and 10 historical monuments were destroyed.

In total, the district was damaged for more than $ 1 billion. At present, up to 13,000 Khojavand residents live in about 40 cities and regions of the country.

The military operations finally came to an end when Azerbaijan and Armenia signed a ceasefire agreement in Bishkek in 1994.
Dealing with the settlement of the Nagorno-Karabakh conflict is the OSCE Minsk Group, which was created after the meeting of the CSCE (OSCE after the Budapest summit held in December 1994) Ministerial Council in Helsinki on 24 March 1992. The Group’s members include Azerbaijan, Armenia, Russia, the United States, France, Italy, Germany, Turkey, Belarus, Finland and Sweden.