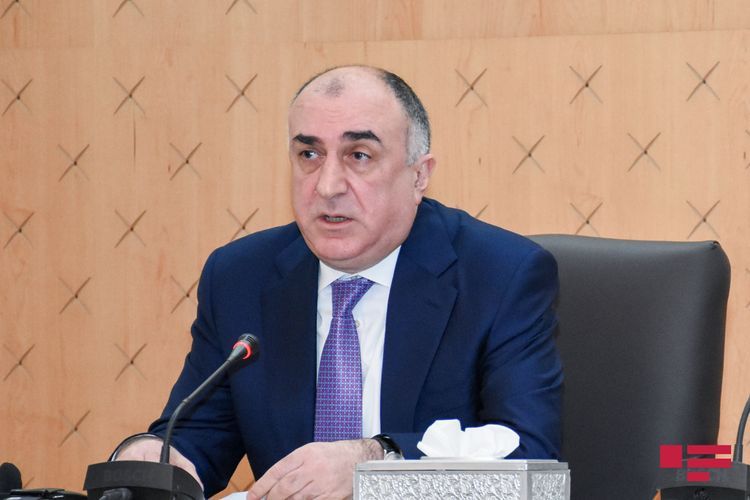 "The Armenian side, in violation of the provisions of the 1949 Geneva Conventions and Additional Protocols thereto, which prohibit the seizure of civilian hostages and require a humane treatment of civilians during armed conflicts, continues to flagrantly violate its international obligations," Minister of Foreign Affairs of the Republic of Azerbaijan Mr. Elmar Mammadyarov said while answering media questions following the results of 2019, APA reports.

"For more than 5 years, our compatriots Dilgam Askerov and Shahbaz Guliyev have been held hostage by Armenia, which is also provided by the alleged “court order” of the illegal regime created in our occupied territories. These people, who appear to be “criminals” by the Armenian side, went to their native lands to visit the graves of their ancestors in the Kelbajar region of Azerbaijan, now under military occupation. If returning to their homes is a crime, then what is the forceful expulsion of these people from their native lands, and thereby violating their fundamental rights?!," Mr minister said.

"You know, the Armenian side must finally realize that progress in resolving the conflict is impossible without restoring the fundamental rights of hundreds of thousands of Azerbaijanis subjected to ethnic cleansing, and their return to homes. The European Court of Human Rights in its decision in the case of “Chiragov and Others versus Armenia”, along with establishing the responsibility of Armenia as the occupying party, reaffirmed the right of Azerbaijani IDPs to return to their homes or permanent places of residence. I would like to note that the lawyers of Dilgam Askerov and Shahbaz Guliyev filed a complaint with the European Court of Human Rights, and the Government of Azerbaijan is also involved in this case. We hope that the Court will soon announce its position on this issue," Azerbaijani FM noted.