Armenian detainee: “I appeal to Armenian people: No need to fight for land that does not belong to us" - VIDEO 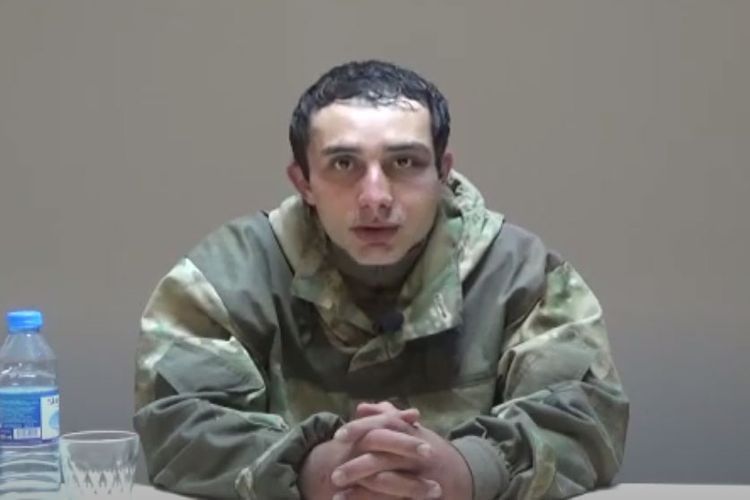 “I call on Armenian people. Brothers and sisters, no need to fight for land that does not belong to us,” said Armenian soldier Valeri Ashotovich Ayrapetyan as he addressed Armenian people, APA reports.

Noting that he was born in 1997 in Khankendi, V.Ayrapetyan said that he served in the military in 2014-2016, and after military service, he and his family moved to Moscow after seeing that they were deceived in the country: “I worked as a courier in a store in Moscow. On September 1, I visited Khankendi to extend my visa. At that time, military operations began in Nagorno Garabagh. I did not want to go to war because I understood that Karabakh was not the land of Armenia, but the land of Azerbaijan. On September 28, I was called to go to the military commissariat. But I refused and did not go anywhere. One day later, on September 29, 3 people came to us. They both had a gun in their hands and one was an officer. The officer said that mobilization had been announced and that I would be arrested if I refuse to go. I went with them. There were about 40 people there, and two military vehicles were separated. I first asked them where we were going. I said I would not go to the front line, I would not fight. They told me that I would not fight, adding that I would be on the third line in 3-4 days, after which they would change me and I would go to Khankendi. I agreed and we were taken to the front line in military vehicles in Hadrut. The officer said we had to retreat. There were about 400 people there. We were on the side of Fizuli, we came under fire. I ran immediately. I realized that I did not come here to fight. Therefore, the only thing left is to avoid bullets and war. 8 people joined me. We started walking in the mountains. We did not know where we were going or what we were going to do next. The next day, when the weather was clear and I woke up, I heard the voices of Azerbaijani servicemen. At that time, they were saying something. We said we did not want to fight. Because this is not our land, we were forcibly brought here. We still don't want anything, we just want to surrender and live. They took us captive. They brought us later and I think now everything is going well."

Armenian detainee in his appeal to Armenian people called on them not to send their children to the war: “Do not send boys, men to the war to die in vain. As before, it is possible to live better in Karabakh, which is part of Azerbaijan. Azerbaijanis and Armenians lived in neighborly conditions. Everything was good then. Currently, I am in captivity. They behave with me very well. Seeing this attitude, I appeal to you, you should think, you should understand. It is not necessary to deprive so many people of life in vain."