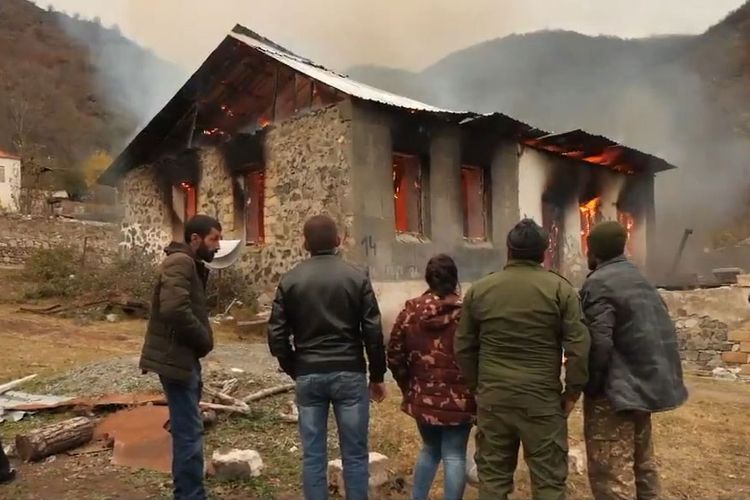 Armenians settled in Kalbajar after the occupation of Kalbajar by Armenian armed forces are leaving the region, APA reports.

Armenians leaving Kalbajar dismantle the windows and doors of the houses they live, and take with them. Some of them even sets fire to their houses.

Armenians talking to Moscow correspondent of BBC News Steve Rozenberg said that they take this step to prevent Azerbaijanis to live in their houses.

Employees of Sputnik Armenia also note that Armenians set fire in houses, where they lived.