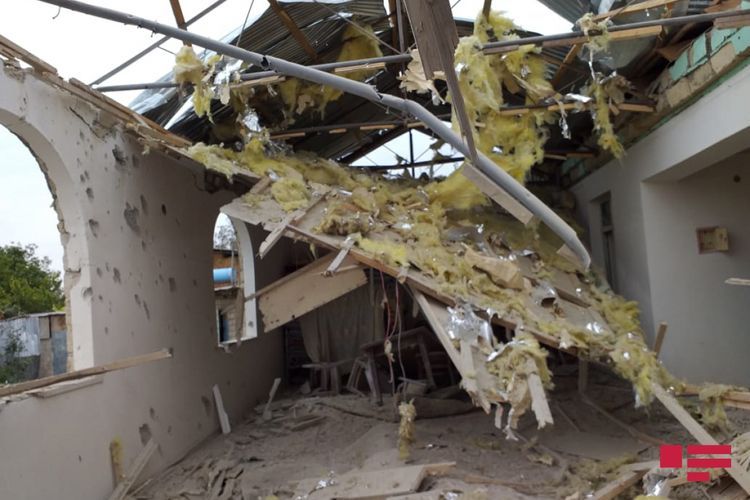 As a result of subjecting to intensive fire of the villages situated on the contact line of troops by the Armenian armed units, serious damage has been caused to houses and private farms, APA’s Garabagh bureau reports.

Multiple missiles launched by Armenians have fallen on the house of the internally displaced person from Giyasly village Galib Babayev settled in Baharli settlement of Agdam region. Consequently, the house has been destroyed, the serious damage has been caused.