Assistant to Azerbaijani President: “85-year-old Evgenia Babayan was subjected to psychological and physical torture in Armenia and brought before an investigator” 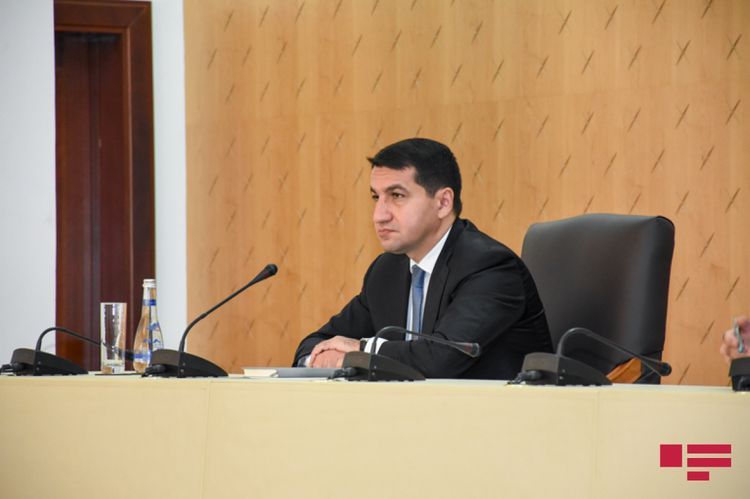 “The fact that 85-year-old Evgenia Babayan, who was handed over to the Armenian side with the humanitarian support of the International Committee of the Red Cross and Russia, was subjected to psychological and physical torture in Armenia, raises a matter of serious regret and concern,” said Assistant to the Azerbaijani President, Head of Foreign Policy Affairs Department of the Presidential Administration Hikmat Hajiyev.

He said that in the staged video presented by Armenia, an elderly woman is forced to comment on a previously submitted text: “To our information, the woman's close relatives were also involved in the investigation by the Armenian special services. Evgenia Babayan, who was left on the battlefield by the Armenian armed forces and needs physical assistance, was provided with all necessary medical assistance, humane treatment and support by Azerbaijan. Unlike Armenia, the old woman was not brought before the investigator and was hospitalized accompanied by representatives of the International Committee of the Red Cross.”