Assistant to President: “When diplomats don't speak, military do” 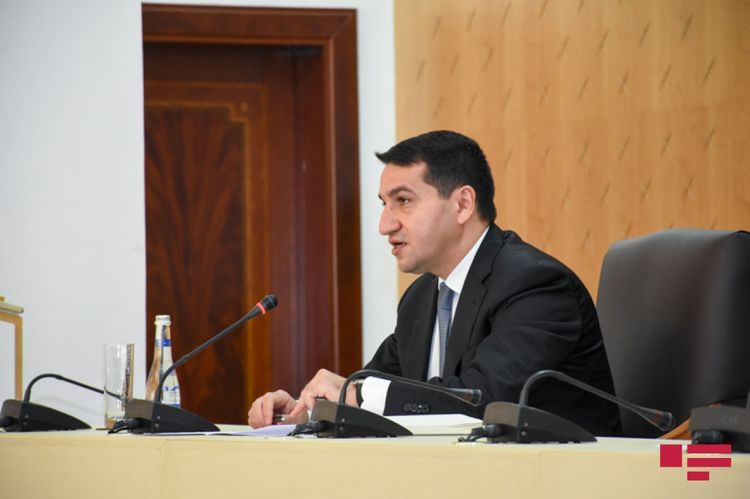 “One of the reasons for the escalation is a non-effective negotiation process. When diplomats do not speak, military do”, Assistant of the President of the Republic of Azerbaijan, Head of Foreign Policy Affairs Department of the Presidential Administration Hikmat Hajiyev said at the press conference held with the participation of representatives of diplomatic corps and foreign media in Barda, APA reports.

According to him, here first of all, of course, the responsibility falls on the Armenian side: “Armenia has always attempted to retreat in negotiations and to change the basis and format of negotiations. Everyone knows very well that the main point which was the focus of attention was the withdrawal of Armenian armed forces from the occupied territories. However, the Armenian side has always avoided this. They have always attempted to weaken the negotiations. The negotiations can be successful in one condition that if the stakeholder is serious, behaves constructively, and remains loyal to carry out negotiations with good intention. However, unfortunately, we still do not see this from the Armenian side. A few days ago, the Armenian Prime Minister said that there is no diplomatic solution to this conflict. They still continue to make statements that contradict each other. From one side we see a leadership talking about peace, even begging to leaders of some countries for a humanitarian ceasefire, the next day we see he continues attack against Azerbaijan, instructing to use SCUD ballistic rockets. We hear that he says we will fight to the end.”