Assistant to President of Azerbaijan: “That is enough already, steps should be taken in area of elimination of occupation fact” 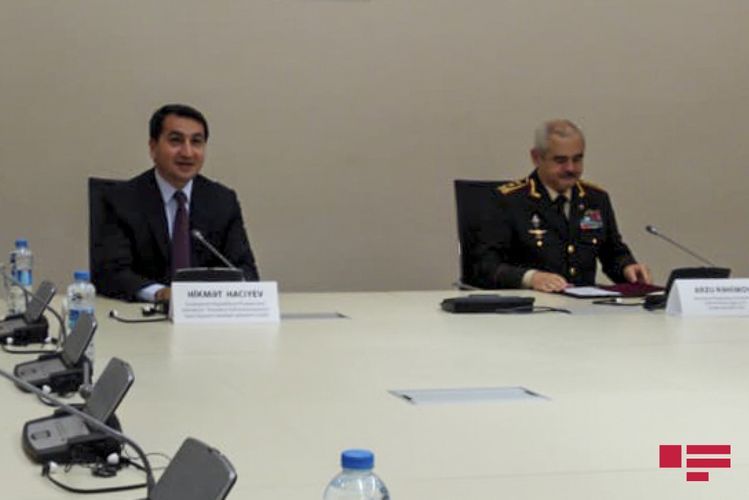 “The OSCE co-chairs have issued a statement. But they should condemn Armenia’s position”, said  Hikmat Hajiyev, Assistant to the President of the Republic of Azerbaijan, Head of Foreign Policy Issues Department of the Administration, APA reports.

H. Hajiyev said these statements bear general character yet: “This is enough already. The steps should be taken in the area of elimination of the occupation fact. Responsibility in this area also falls on the OSCE Minsk Group co-chairs”.

The assistant to the President of Azerbaijan noted that Armenia attempted to throw on Azerbaijan the responsibility for this provocation: “But the diplomatic steps taken under the leadership of the Supreme Commander-in-Chief spoiled this intention of Armenia”.

H. Hajiyev brought to the notice that Armenia conceals its losses in the battles: “When Armenia fails in military and information areas, it begins to target civil facilities. Our elder citizen has already been killed. This evidence is delivered to the attention of the international community. Armenia’s actions are the blatant violation of the international legal documents”.