Assistant to President: “Currently operations along contact line of troops is continuing” 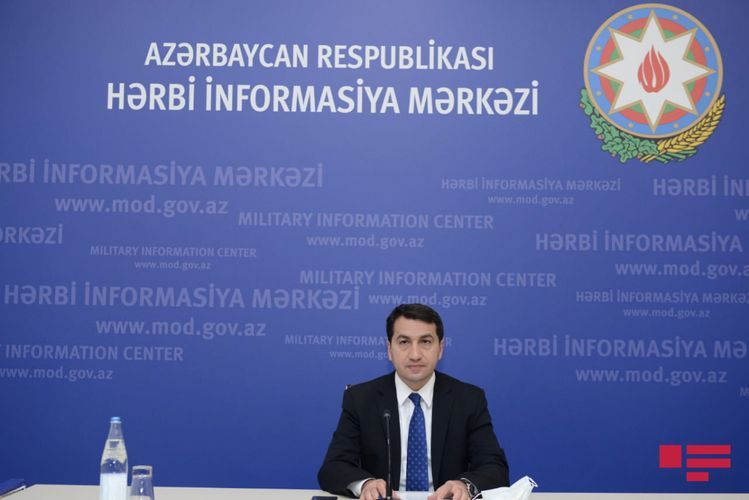 At 06:00 in the morning yesterday, Armenian Armed units attacked our villages, said Assistant to Azerbaijani President, head of the Foreign Policy Department of the Presidential Administration of the Republic of Azerbaijan Hikmat Hajiyev at the briefing held today for ambassadors, diplomats of foreign countries, APA reports.

H. Hajiyev said that President Ilham Aliyev has given information in his speech at the UN General assembly that Armenia prepares for the next provocation: “Yesterday, after the provocation of Armenia counter-attack operation was carried out. Currently, operations along the contact line of the troops is continuing.”

Assistant to President noted that when Armenia is in a difficult situation, it targets civilians: “Civilians are indicated as a target in the military doctrine of Armenia too. We have seen it in April battles in 2016, in the 1990s too. Yesterday, a family and its minor members were killed in a village in the Naftalan region which is located far from the front line. In the morning today, heavy artillery fire has been opened in the direction of the Tartar region, the carpet factory has been destroyed in Tartar. 14 civilian Azerbaijani citizens were injured.”