Assistant to President: “Metsamor nuclear power plant is the primary source of danger for Armenia itself” 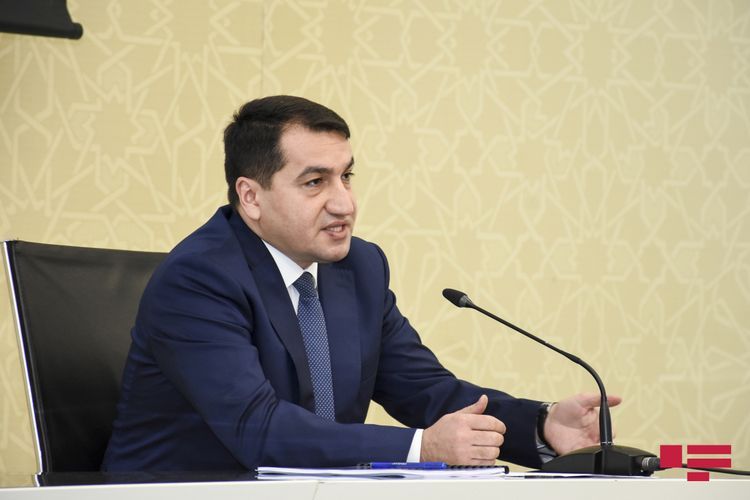 “The strategy notes that in the process of development of Armenia as a center of high technologies, special importance will be attached to the role of the science and education. However, as the strategy itself acknowledges, how can this goal ever be achieved against the background of exodus of educated people?” said Assistant to the President of Azerbaijan, Head of Foreign Policy Affairs Department of the Presidential Administration Hikmat Hajiyev as he commented on Armenia’s new national security strategy, APA reports.

“The document states that forcible solution of domestic problems among the Armenians is unacceptable and that settlement should be carried out through free courts. But political pressure on courts, which are already not free, is growing and the Constitutional Court, which does not want to follow the instructions of the prime minister, comes under pressure and judges are replaced.

Logically, the section of the document on the environment should have dealt with the issue of the Metsamor nuclear power plant, but interestingly enough, there is not a word about it. However, this nuclear power plant with a long expired service life is located in an active seismic zone and the primary source of danger for Armenia itself.

In general, the analysis of the document shows that Armenia focuses its attention not on issues of economic development, education and science, but on baseless accusations against Azerbaijan and Turkey. This characterizes the outlook of the Armenian government for the future. The main goal is to keep the Armenian people hostage to the conflict,” Hikmat Hajiyev said.