Assistant to President: "Targeting critical facilities in Armenia by Azerbaijani Army was not on the agenda" 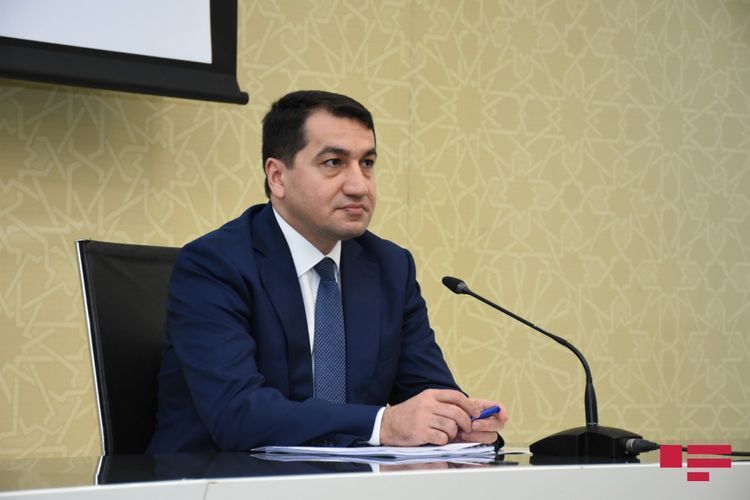 "Targeting of civilian objects, including critical objects by Armenian Armed Forces in Armenia is not on agenda,"  Assistant to the President of the Republic of Azerbaijan, Head of Foreign Policy Issues Department of the Administration Hikmat Hajiyev said while commenting on the views on targetting the Metsamor nuclear power plant in Armenia, APA reports.

Mr. Hajiyev recalled that the former President of Armenia stated that they would target the oil and gas structures in and around Baku with "Alexander" missiles.

"During the recent events, it was stated that Armenia will target critical oil and gas structures and critical facilities. The Armenian side uses the views expressed on an individual basis to cover up its crimes," said the aide to the President of Azerbaijan.