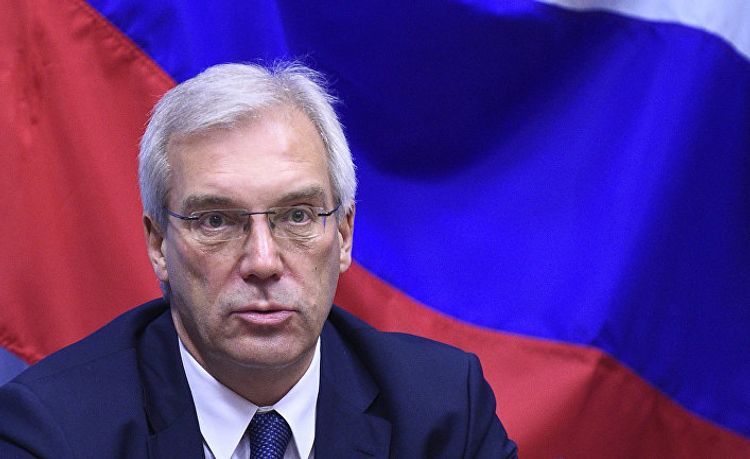 “Russia acts from the position that everything that was developed previously in the framework of the OSCE Minsk Group by the international community regarding the solution of Nagorno Garabagh conflict should remain on the table of negotiations”, said Deputy Minister of Foreign Affairs of Russia Alexander Grushko in his interview with the deputy general director of TASS news agency Mikhail Gusman, APA’s Moscow correspondent reports.

The deputy minister said the current crisis firstly shouldn’t cause a reversal of the progress obtained as a result of titanic efforts of the Russian Federation made for nearing of perspectives of the settlement of Nagorno Garabagh conflict.

“The settlement of this conflict will improve the overall situation in the region, as well as bilateral relations among all partners. We call on everybody especially  Minsk Group states to make statement from this point of view,” Russian diplomat said.