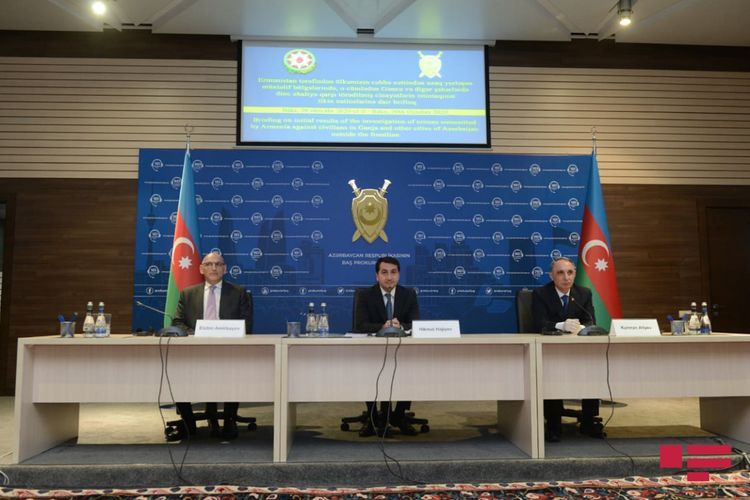 “There is also liberation of Vejnali village of Zangilan district among information, released by Mr. President on Twitter today”, said Assistant of the President of the Republic of Azerbaijan, Head of Foreign Policy Affairs Department of the Presidential Administration Hikmet Hajiyev at a briefing on the preliminary results of the investigation of criminal cases committed by Armenia against civilians, APA reports.

He said that he wants to fox on the fact regarding Vejnali village especially: “One of the largest gold fields of Azerbaijan was situated in Vejnali village of occupied Zangilan district. Illegal exploitation was carried out by Armenia in Vejnali by involving physical and legal entities of the third countries. There was GeoProMining company of the third company in the process, as well as Swiss citizen Vardan Sirmakh was involved. V. Sirmakh is a producer of Franc Muller watches, which is considered a brand in the world. Gold, produced in Vejnali, as well as Kalbajar, was used in embroideries of Franc Muller watches.”

H. Hajiyev noted that the gold resources are brought to Armenia, after undergoing some refinement phase in Armenia are introduced on the markets of the third countries and its sale was implemented there: “Relevant criminal case has been opened by General prosecutor’s office of the Republic of Azerbaijan in regard to this case and the legal persecution steps have been implemented. But we should note with regret that no necessary replies have been given to Azerbaijan’s inquiries being in legal plain, no cooperation was shown in legal plain in connection with this issue”.