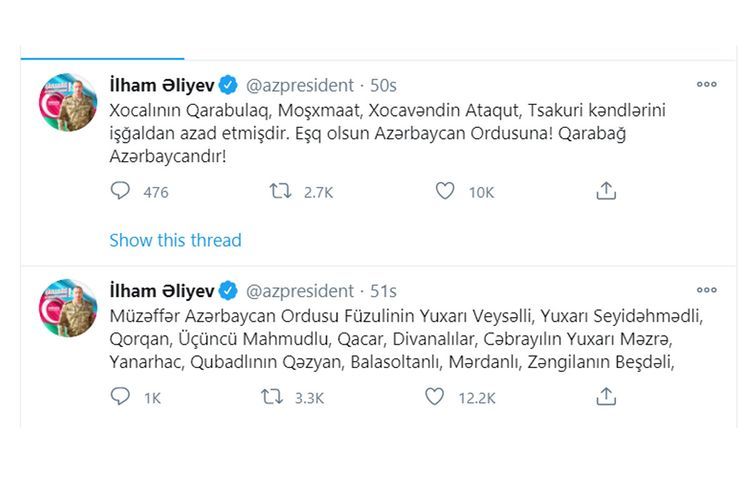 16 more villages have been liberated from Armenian occupation, President of the Republic of Azerbaijan Ilham Aliyev wrote on Twitter, APA reports.