Azerbaijani FM: Armenia did not take step on searching bodies of Azerbaijanis in territories under its control for 30 years 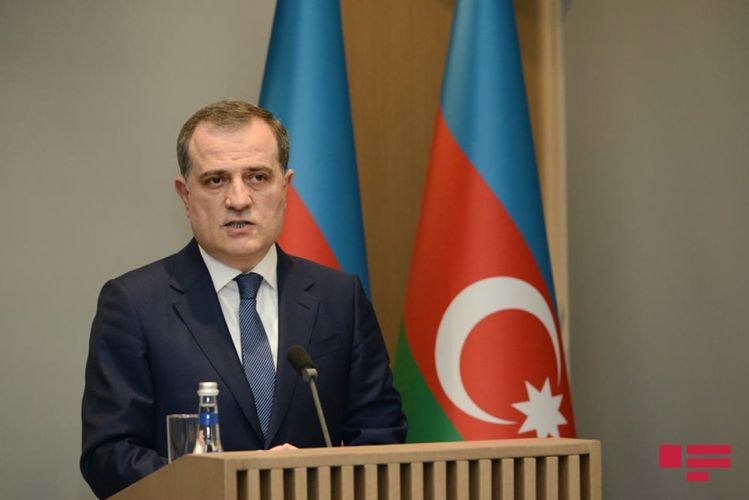 “Some European countries do not have the same approach to the conflicts in the post-Soviet states, they have a selective approach. We have also discussed this issue today with my Lithuanian counterpart”, said Azerbaijani Foreign Minister Jeyhun Bayramov at joint press conference with Foreign Minister of Lithuania, APA reports.

He has thanked his Lithuanian counterpart for raising the conflict issue before Armenia.

“We see an objective approach from some countries, they are learning positions from both sides. We informed all international organizations regarding mines. We raised issue about people who went missing in First Karabakh war. Now I would like to draw attention to the approach of the parties to this issue. However, nobody sees this different approach. A condition has been created for searching of bodies of Armenian servicemen in the liberated lands after 44 days of war, along with Russian peacekeepers Armenian servicemen also attended the searches.

However, despite Azerbaijan’s appeals during 30 years, Armenia did not take a step in the direction of search of Azerbaijanis, died in the territories, kept under control by Armenia, and Armenia has not been an object of serious criticism. A mass cemetery was found in Kalbajar a few days ago. It means, such mass cemeteries were known, but the Armenian side did not take any step in this regard. This is not an action which fits humanity,” noted J. Bayramov.