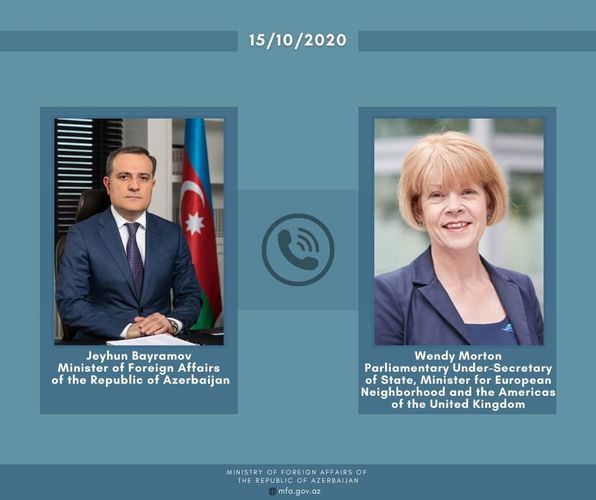 Minister Jeyhun Bayramov informed his counterpart on the continuous violation by Armenia of the humanitarian ceasefire agreed in Moscow. Minister stressed the indiscriminate targeting of the Azerbaijani civilian population and infrastructures, cities, located far from the conflict zone, missile attacks on Ganja causing serious casualties among peaceful population. Also, Minister noted that this morning Tartar region of Azerbaijan was again targeted by the armed forces of Armenia and as a result of artillery shelling 3 civilians killed and 5 seriously wounded.

Firmly condemning these crimes against humanity by Armenia, Minister Jeyhun Bayramov stressed that the political-military leadership of Armenia bears full responsibility for these criminal acts.