Azerbaijani MoD: Surrendering is the only way for surviving for those who were deceived and brought to the battlefield from Armenia 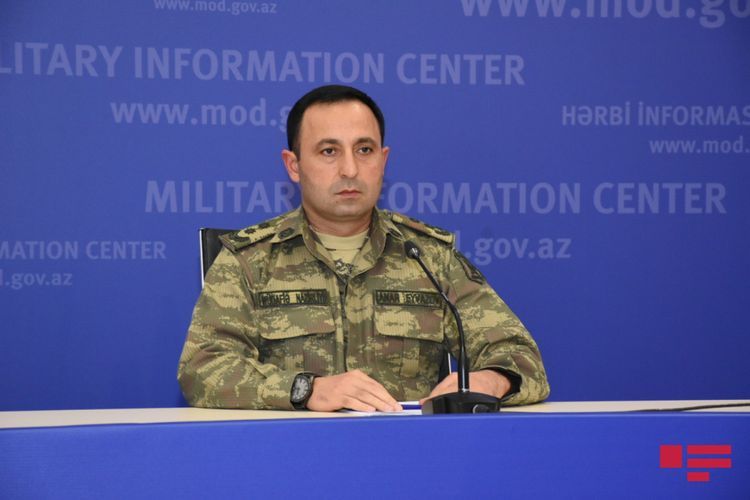 “Combat operations continue mainly in the direction of Gubadli, Zangilan, Khojavand, and Aghdara,” said the head of the press service of Ministry of Defence of Azerbaijan Anar Eyvazov, APA reports.

He said that over the past day 4 Grads, 1 KUB, 9 gun-howitzers, 2 trucks full with ammunitions, as well as tactical UAV were destroyed: “The enemy has been pushed out and has been forced to retreat in all directions by the combat tactic of the Azerbaijani Army. Currently, our Army controls the operational situation”.

The press secretary noted that the legitimate military targets are destroyed during counter-offensive operation of the Azerbaijani Army: “The enemy’s leadership that is not aware of the battlefield still gives false information to the internal audience. Therefore, the surrender of those who were deceived and brought to the battlefield is the only way of their survival”.