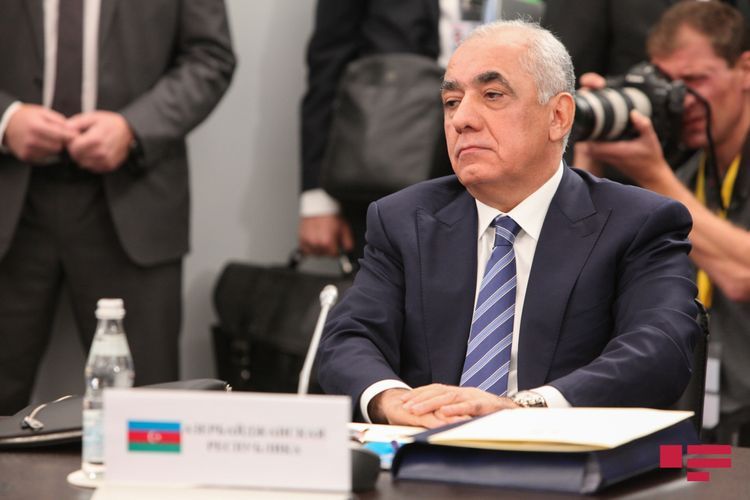 "Azerbaijan is interested in developing cooperation with CIS countries", said Azerbaijan's Prime Minister Ali Asadov while his speech at a meeting of heads of governments of the CIS countries via videoconferencing, APA's correspondent in Moscow reports.

The Prime Minister also informed the participants about the military operations that began on September 27. A. Asadov noted that civilians were killed as a result of ballistic missile strikes by Armenian armed forces on peaceful cities of Azerbaijan.

"I call on the CIS countries to condemn Armenia's military actions against Azerbaijani civilians," he said.