Azerbaijani President: “After the liberation of Shusha, the enemy realized that there was completely no point in resisting us" 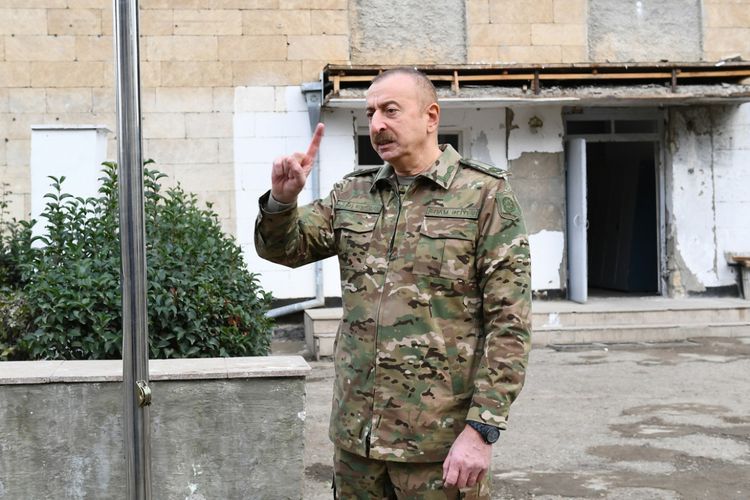 "After the liberation of Shusha, the enemy realized that there was completely no point in resisting us," said President of the Republic of Azerbaijan, Victorious Commander-in-Chief of the Armed Forces Ilham Aliyev on November 16 while a visit to the liberated from occupation Fuzuli and Jabrayil districts, as well as Fuzuli and Jabrayil cities with and lady Mehriban Aliyeva, APA reports.