Azerbaijani President: "Armenian population of Nagorno-Karabakh will continue to live there, they are our citizens" 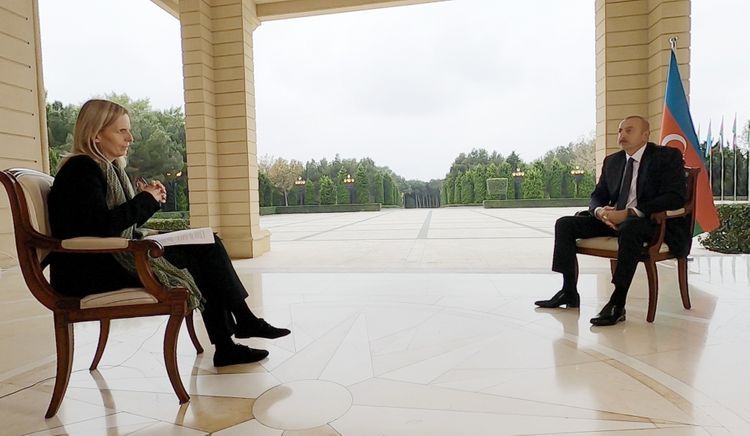 "These are groundless accusations. First, if Armenia is really concerned about that, why they do not agree to the basic principles? Because if the basic principles are confirmed, and Armenia will make a commitment which I already demand from them for many times, then everything will stop", said President of the Republic of Azerbaijan Ilham Aliyev in his interview with BBC News on November 6 while answering a question on "But the fear is, that if you take control of Nagorno-Karabakh by force, that you may do exactly the same. There are very strong fears being expressed by Armenia that there will be ethnic cleansing of their people", APA reports.

As a response to the question of "So, you are not asking them to withdraw from Nagorno-Karabakh. You are asking only for the territories alongside" Azerbaijani President said: "We ask and we demand the implementation of UN Security Council resolutions which were adopted back in 1993, which demanded immediate, complete and unconditional withdrawal of Armenian troops from the occupied territories. With respect to the Armenian population of Nagorno-Karabakh, they will continue to live there. They are our citizens, and I on many occasions expressed this position".