Azerbaijani President: From a strategic point of view, the splitting of several lines of defense on the line of contact with Fuzuli gives us another strategic advantage 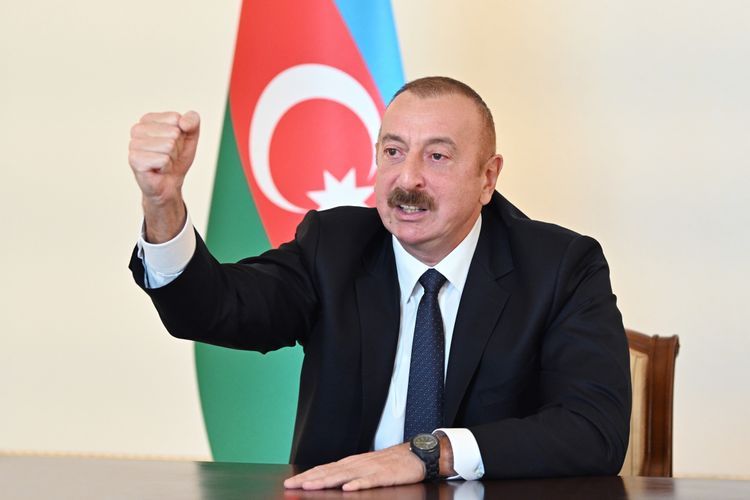 "From a strategic point of view, the splitting of several lines of defense on the line of contact with Fuzuli gives us another strategic advantage. Because our armed forces located in the direction of Fuzuli have been fighting there these days. Of course, it is not a secret now where we were able to enter Fuzuli from. As a result of tremendous military professionalism and courage, we were able to liberate Fuzuli from the occupiers. Before that, the city of Jabrayil was liberated from the invaders. Before that, Hadrut was liberated from the occupiers. Many villages of Khojavand and Jabrayil districts, including Fuzuli district, were liberated from occupation. Only after that were we able to liberate the city of Fuzuli from the occupiers," said President Ilham Aliyev as he addressed the nation, APA reports.

"In the latest stage, the enemy has dropped his guns and fled. Today, I can say with full responsibility that the Fuzuli operation will be included in military books. In fact, not only Fuzuli operation but also other operations. According to the information I have today, military experts are already clearly saying that the Azerbaijani Army is an army with great combat capability and technical support.

It is a historic day today. The date of 17 October will remain forever not only in the memory of Fuzuli people but also in the history of the Azerbaijani state. Today, we, all the people of Azerbaijan, are writing the brightest page of our people and our state together. Today, we are writing this glorious history of solidarity, mutual support and unity. We are lucky to live in these moments," the head of the state noted.