Azerbaijani President: “Our position has always been that all co-chairs should be neutral” 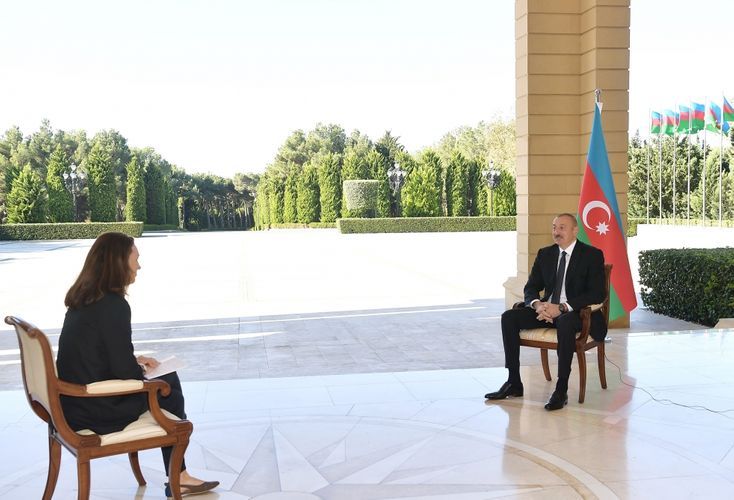 “From the beginning of the clashes, we receive some contradictory statements and some messages. However, I think that thanks to our mutual diplomatic efforts, we have managed to keep the situation under control,” Azerbaijani President Ilham Aliyev said in an interview with France 24 TV channel while answering the question that “OSCE Minsk Group continues to mediate with the current co-chairs, France, the United States, and Russia. Should this structure remain, including the French co-chairmanship in these negotiations?” APA reports.

"As you know, President Macron called me several times and our last conversation was very positive. We are committed to efforts to find a political solution to the conflict. I have been informed that France, as co-chair, will remain neutral, since this is the mandate of the co-chair. This morning I was informed that the French Foreign Minister issued a statement that France should remain neutral, as it is the co-chair of the Minsk Group. We fully support this position, and our position has always been that all co-chairs should remain neutral, that they should not take sides, because otherwise, the behavior is contrary to their mandate," said the head of state.

The President of Azerbaijan noted that each country has allies, friends at the national level, with some countries it has more active, with some less active ties: "This is normal and no one objects to it. But if some countries have the mandate of mediators, then, of course, I am sure that both sides - Armenia and Azerbaijan - are waiting for neutrality, and now we see this neutrality. Therefore, I believe that the question you touched upon no longer exists, we have closed this page."