Azerbaijani President: "We are very grateful to our brotherly country Turkey who had very strong political and moral support from the first until the last day of the war" 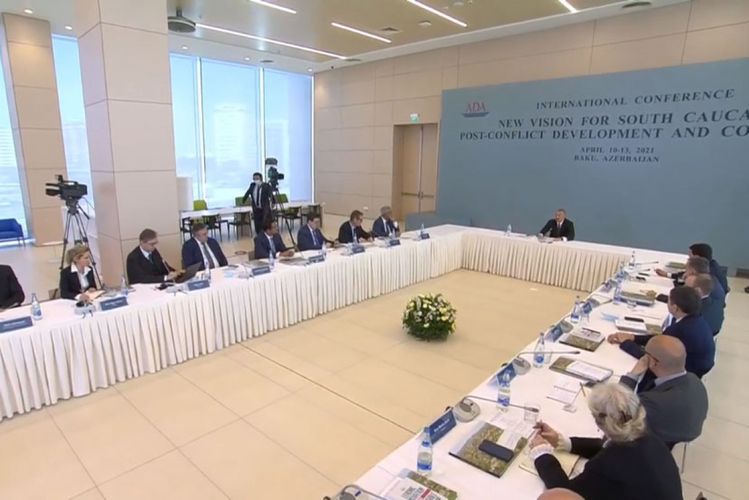 "With respect to neighboring countries, the relations develop successfully. And the war demonstrated once again. I do not want to go into many details but basically, we are satisfied with the behavior and actions of neighboring countries. Of course, we are very grateful to our brotherly country Turkey who had very strong political and moral support from the first until the last day of the war,"  said President Ilham Aliyev as he responded to a question at the “New vision for South Caucasus: Post-conflict development and cooperation” international conference held at ADA University, APA reports.

"But with respect to three other neighbors, our main target was that them to be neutral and it happened. To a certain degree in some countries, but nevertheless, I do not want to go into many details. And the after war situation also demonstrates that now our neighbours share our views on regional development. Btw, we already discussed with neighbouring countries how the region should develop, what should be the projects of transportation, logistics, energy cooperation, trade and etc. So, we do not have any division. It is true that Armenia did not yet publicly declare their policy but what they do de-facto, I think also is satisfactory," the head of the state noted.