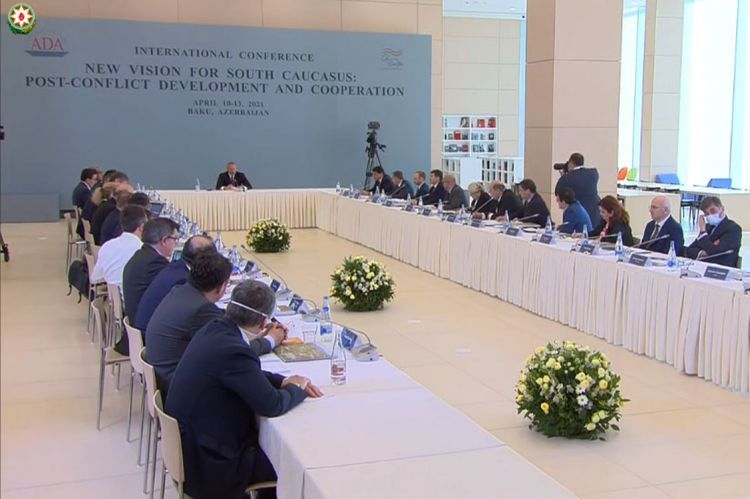 “We wait that OSCE Minsk Group will present its proposals on the further settlement of peaceful life in the region. I consider that there are such fields that they can play a role in influencing the post-conflict situation there. Not as a group helping the resolution of the conflict, because the conflict has been already resolved”,  said President Ilham Aliyev as he responded to question at the “New vision for South Caucasus: Post-conflict development and cooperation” international conference held at ADA University, APA reports.

The President noted that speaking of a peace agreement with Armenia - if Armenia would consider this option - there could be many areas of activity for international actors - demarcation, delimitation, interaction. “I hope that the representatives of the Minsk Group will soon come to Azerbaijan with several proposals and we will study these proposals carefully” said the head of state.