Azerbaijani President: “We will drive them out of our lands to the end” 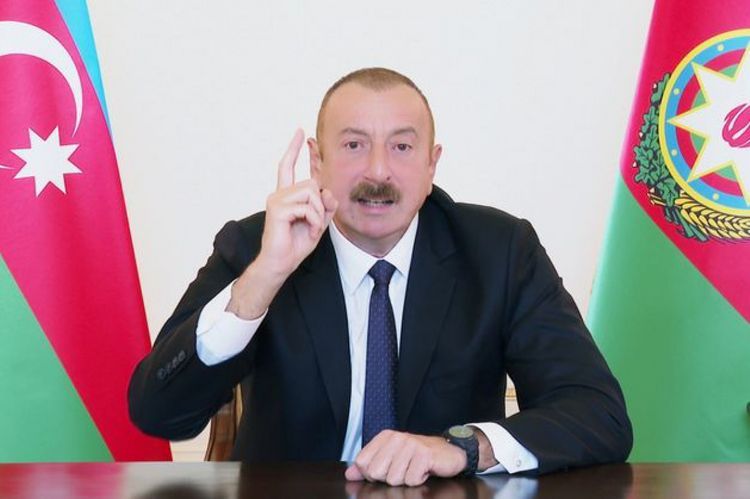 "Unfortunately, tens of thousands of our refugees and IDPs who were looking forward to these moments did not live to see these days. But I am sure that their spirit is happy today because their native lands have been liberated from the occupiers," said President Ilham Aliyev as he addressed the nation, APA reports.

"Despite the fact that the cowardly, treacherous and vile enemy commits war crimes, fires on the civilian population and kills children as a result of today’s shooting, I want to say again that we must not take revenge on civilians. We are taking revenge on the battlefield. The blood of our martyrs and civilians does not and will not remain unavenged. I warn the fascist leadership of Armenia again – leave the remaining lands of your own accord. We will throw you out of there anyway. There will be no trace of them left on those lands. We will drive them out of our lands to the end. Let them leave of their own accord!" the head of the state noted.