Azerbaijani President: “Who gave you so many weapons, why no one ask?” 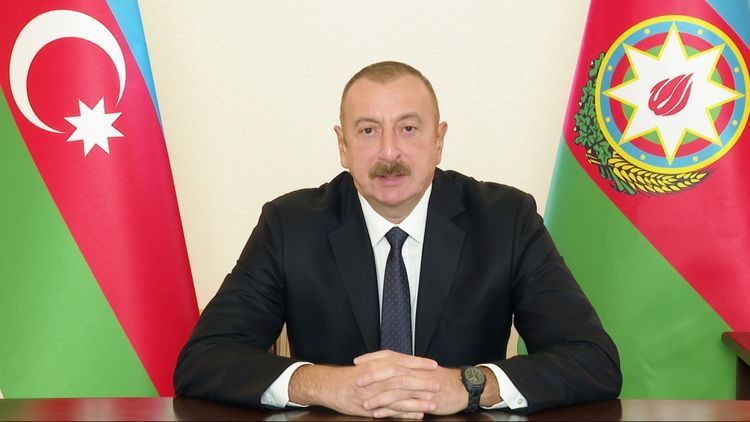 “I ask again, I always ask this question, and I will, I will ask this question until I get answer: Where does come this money from? Where? Let observers, mediators, political scientists, pro-Armenians say it, where does it come from?” said Azerbaijani President Ilham Aliyev as he addressed the nation today, APA reports

The head of the state said that we have money, everything is transparent: “Azerbaijani people know how much money we have, the world knows, everyone knows. We purchase with our money, we do not depend on anyone. Where did the country in debt, the bankrupt country, get it? Armenia’s foreign debt is about 8 bln. Foreign exchange reserves are $ 1.5 billion. And this is not free funds, but bank reserves. It can not use them. If they use it their so-called currency will fall head over heel.Who gave you so many weapons, why no one asks? ”