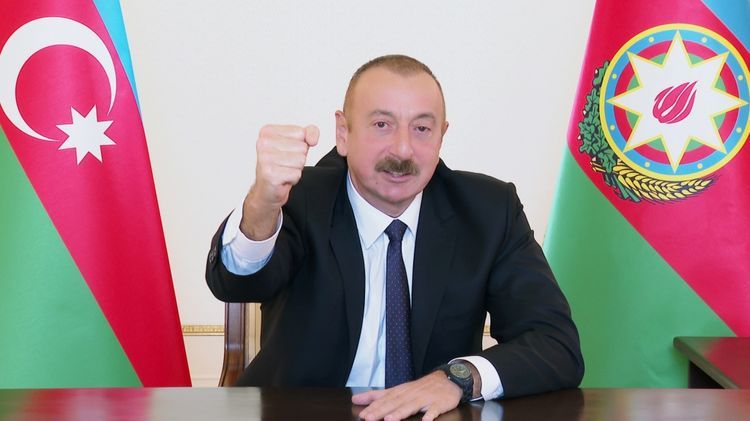 "I would like to bring to the attention of my people some of the Armenian equipment the Azerbaijani Army has destroyed in recent days," said President Ilham Aliyev as he addressed the nation, APA reports.