Azerbaijani President reveals what would his reaction be, if Armenia recognizes the independence of Nagorno-Karabakh 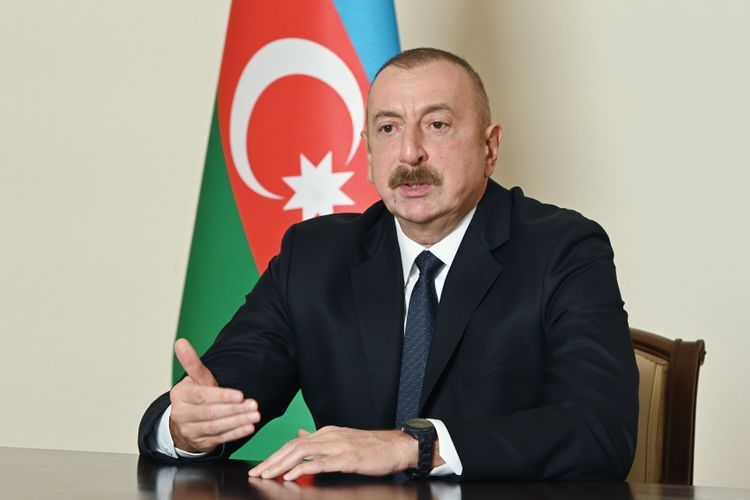 "If they wanted to recognize, they would have recognized long time ago. Why didn’t they recognize it before? Because, they clearly understand that by this very irrational step, negotiations will stop. Absolutely. So, if they do it, there will be nothing to talk about. And then, no peaceful initiative, no basic principles, no future settlement, nothing will be on the table. So, I think that they understand it", said President of the Republic of Azerbaijan Ilham Aliyev in response to the question on "If they recognize the independence of Nagorno-Karabakh what would your reaction be?" on November 4 in an interview with Spanish EFE news agency, APA reports.

Azerbaijani President noted that they always wanted to use it as a kind of an instrument in order to frighten us, saying that if Azerbaijan does that we will recognize: "I tell them many times during this days of war and I tell now, Armenian prime minister, recognize Nagorno-Karabakh today. Do it. Show your courage. Show that your words mean something. Recognize Nagorno-Karabakh today. Again, and you will see that they will not do it. Because they are cowards. They can fight only against peaceful civilians and when they see our strength and our unity they run away."