Azerbaijani President: "We have planted our flag in these lands and no one can take us out of these lands" 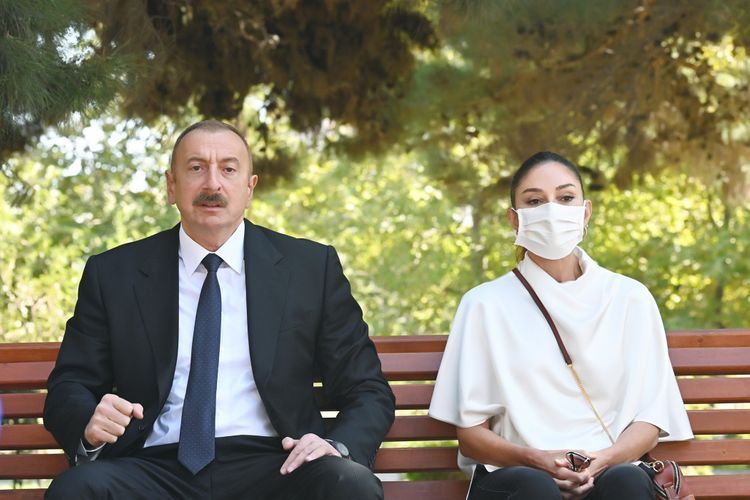 "At the battles which going on for the fourth day, the Azerbaijani Army successfully conducted an operation and liberated strategic heights and several settlements, and after a long break we returned to these lands. We have planted our flag in these lands and no one can take us out of these lands anymore, we must restore our territorial integrity,"  said President of the Republic of Azerbaijan, Commander-in-Chief Ilham Aliyev at the meeting with the servicemen wounded during the Armenian military provocation that launched on September 27 and treated at the Central Military Clinical Hospital of the Defense Ministry, APA reports.

The head of state stressed that the Armenian people should comprehend this: "The Armenian people should comprehend that it is a crime to occupy the land of another state for about 30 years, to destroy all buildings and historical monuments there, to expel more than 1 million people from their homeland, to commit genocide against the Azerbaijani people. We are restoring historical justice, historical justice! Karabakh is our native, ancient, historical land. It is enough to look at the history of the Karabakh khanate to see that the people of Azerbaijan have lived, built and created in these lands for centuries. Our holy city, Shusha, was built by Azerbaijanis. The lands under occupation today are our historical lands. Our work is the work of truth. We want to restore our territorial integrity, we have the right to do so, we are doing it and we will do it."