Azerbaijani President: Are we supposed to negotiate with the Armenian executioners who have dealt a blow to the history of the Azerbaijani people? 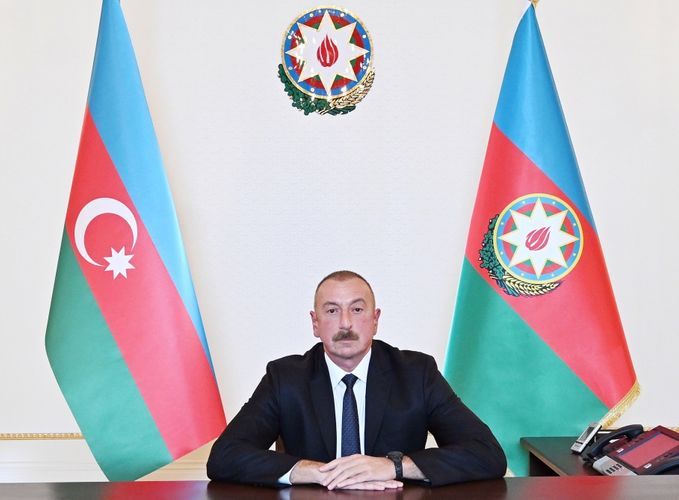 "Attempts to change the format of talks, the words that “Azerbaijan must negotiate with the so-called puppet junta” completely contradict the negotiations. Did he get an adequate response? I have repeatedly told Minsk Group co-chairs, the co-chairs' ambassadors, other international organizations and the European Union to influence Armenia, to impose sanctions and put pressure on it," said President of the Republic of Azerbaijan, Commander-in-Chief of the Armed Forces Ilham Aliyev in his address to the nation, APA reports.

President Ilham Aliyev emphasized that this can’t be allowed to happen: "If there is no strong pressure, Armenia will become even more impudent, even more impertinent and start making new claims. They did not listen to me. I wanted this issue to be resolved peacefully. They did not listen to me. Did they think that the Azerbaijani people and I, the President of Azerbaijan, would put up with this situation?! They thought that our holy city of Shusha would be trampled by the Armenians and I would put up with that?! Are we supposed to negotiate with the Armenian executioners who have dealt a blow to the history of the Azerbaijani people? The people of Azerbaijan were insulted when the head of the so-called regime held a “swearing-in ceremony” in Shusha. Let’s see now where he will hold the swearing-in ceremony now, a funeral ceremony will be held! He has now run away and went into hiding like a mouse. Come on out! "