Azerbaijani President: Pashinyan’s dictatorial regime is a threat to peace and security in the region 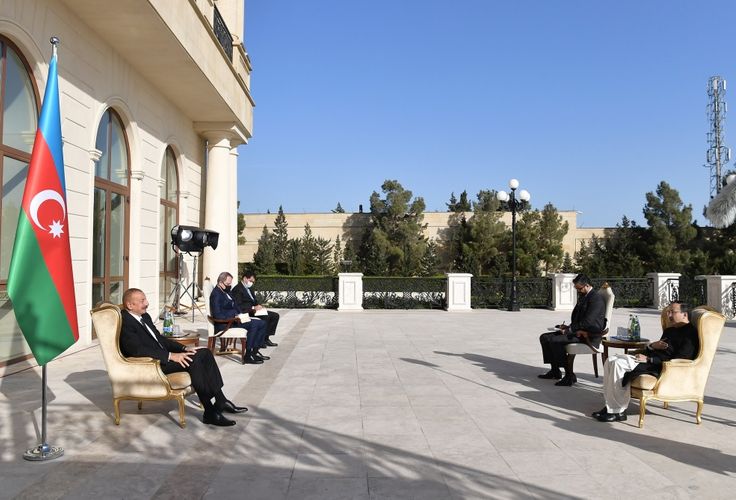 “Two years ago, the criminal regime of the previous government was overthrown in Armenia. There were hopes that the new government would put an end to hostility and hatred. Unfortunately, the new government is following the same path. Pashinyan's dictatorial regime is a threat to peace and security in the region,” said President Ilham Aliyev as he received credentials of the newly appointed Pakistani Ambassador to Azerbaijan Bilal Hayee, APA reports citing the Presidential press service.

“Unfortunately, international organizations turn a blind eye to what the Pashinyan regime is doing. A dictatorship has already become an official policy in Armenia. The leader of the main opposition party was recently arrested. Criminal investigations are underway against two former presidents of this country. There were arrests. Journalists die in prisons. Political opposition is being suppressed. Pashinyan is the new dictator of Armenia. Unfortunately, human rights organizations, which pretend to be advocates for people suffering in prison, do not react. This is a demonstration of double standards," the head of state said.