Azerbaijani and Armenian ministers agreed to continue the negotiations 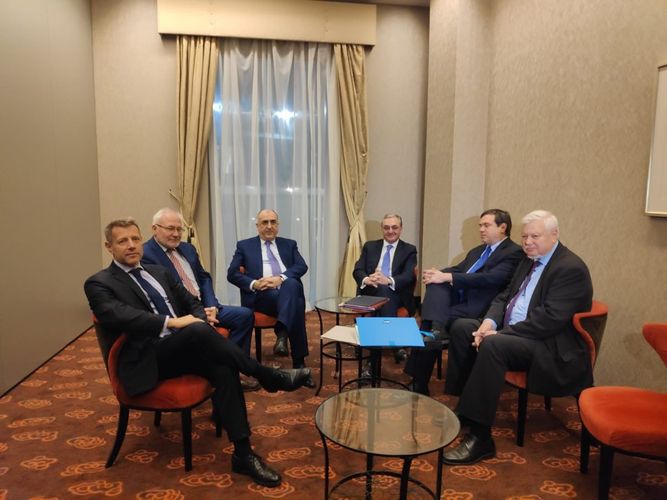 The meeting of the Foreign Ministers of Azerbaijan and Armenia held on the sidelines of the OSCE Ministerial meeting in Bratislava with the mediation of the OSCE Minsk Group co-chairs lasted more than 3 hours and a half and the sides had a broad exchange of views, APA reports.

The sides discussed the current situation, as well as the ways of future peaceful settlement of the conflict.

The Ministers agreed to continue the negotiations and hold the next meeting at the beginning of the year 2020.