Azerbaijani deputy FM: "More than 30 years that Armenia’s aggression against Azerbaijan is being continued" 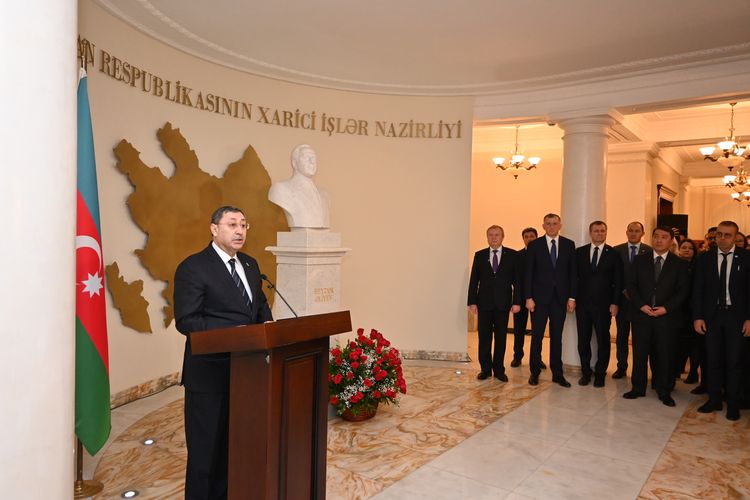 "It has been more than 30 years that Armenia’s aggression against Azerbaijan is being continued," said Khalaf Khalafov, Deputy Foreign Minister of the Republic of Azerbaijan while his speech at the event dedicated to the 28th anniversary of Khojaly genocide, APA reports citing press service of the Azerbaijani MFA.

Deputy Minister stated that as a result of this aggression, approximately 20 percent of the territories of Azerbaijan was occupied, 20000 Azerbaijanis were killed, more than 50000 persons were wounded or became disabled, and more than a million Azerbaijanis became refugees and internally displaced persons: "One of the bloodiest pages of the conflict is the genocide committed against Azerbaijani people during the night from 25 to 26 February 1992, in the city of Khojaly by the Armenian military troops with direct participation of the 366th Motorized Infantry Regiment of the former Soviet army. Today, 28 years pass from the day of the commitment of that tragedy.

"As a result of Khojaly genocide, 613 civilians, including 106 women, 63 children and 70 elderly people were killed with extreme cruelty, 487 people were wounded, 1275 were taken hostage, and 150 became missing. The mentioned facts were highlighted by the world’s leading mass media.

Relevant legislative acts of the Republic of Azerbaijan describe the crimes committed in Khojaly as genocide in line with the “Convention on the Prevention and Punishment of the crime of genocide” adopted in 1948. According to the Decision of the Parliament dated 24 February 1994, the date of 26 February was declared as a “day of Khojaly genocide”.

The UN Security Council, in its relevant Resolutions adopted in 1993 concerning the illegal use of force against Azerbaijan and occupation of its territories, also specified the breach of the norms of international humanitarian law, including the attacks on civilians and bombardments of inhabited areas, deplacement of large numbers of civilians in Azerbaijan. In its Judgement dated 22 April 2010, the European Court of Human Rights reiterated that the acts of particular gravity in Khojaly may amount to war crimes or crimes against humanity. The Islamic Cooperation Organization has recognized the fact of genocide in Khojaly and claimed Armenia’s responsibility in this regard.

This offensive crime in Khojaly was committed with a specific intent and that intent was to kill the people simply because of the fact that they were Azerbaijanis. The relevant investigation carried out by the law enforcement agencies of Azerbaijan, completely proved the crime of genocide against civilians in Khojaly. Today, the Republic of Azerbaijan continues its domestic and international efforts for ensuring justice concerning the Khojaly genocide.

International crimes committed by Armenia during the conflict raise both state and individual responsibility.

Armenia, at a state level, is responsible for the aggression against Azerbaijan, violation of its territorial integrity and its borders. The world community must impose on Armenia to stop its illegal acts, to unconditionally withdraw from the occupied territories, to completely eliminate the results of the conflict and the damage occurred.

Moreover, the crimes committed in Khojaly create individual responsibility of those who committed them. It should be highlighted that some high-level political and military officials, as well as the leaders of the illegal regime established by Armenia in the occupied territories of Azerbaijan, are personally engaged in occupying Azerbaijani territories and committing crimes against Azerbaijani civilians. These words of former President of Armenia Serj Sargsyan reiterate that once more, and I quote: “Before Khojaly, the Azerbaijanis thought that the Armenians were people who could not raise their hand against the civilian population. We were able [to break that stereotype]”. End of quote.

As a result of the measures aimed at recognition of the Khojaly genocide at an international level, including the “Justice for Khojaly” campaign, several countries around the world took relevant decisions regarding this crime. Official documents condemning Khojaly genocide were adopted at the parliaments of Mexico, Pakistan, Columbia, Czech Republic, Bosnia and Herzegovina, Indonesia, Peru, Panama, Jordan, Sudan, Slovenia, Honduras, Guatemala, Jibuti, Paraguay and Scotland, as well as the legislative bodies of some states of the United States of America.

Khojaly tragedy stands on the same row with the harsh tragedies such as Khatyn, Holocaust, Rwanda and Srebrenica genocides. As a result of the efforts of the international community, those genocides were assessed through legal mechanisms and their perpetrators were brought to justice at relevant tribunals.

Nevertheless, no sufficient legal appraisal has yet been rendered to Khojaly genocide by the world community. It is unfortunate that today, political conjuncture continues to prevail in the application of the universal jurisdiction, which covers the crime of genocide,

Ensuring international justice with regard to Khojaly genocide, continuing prosecution against the persons who committed this bloody crime, and their criminal charge and punishment through international mechanisms is a moral duty of the Azerbaijani people and an important task of our government. I believe that, with the will of the people of Azerbaijan, justice with regard to Khojaly genocide shall be attained," Khalaf Khalafov stated. 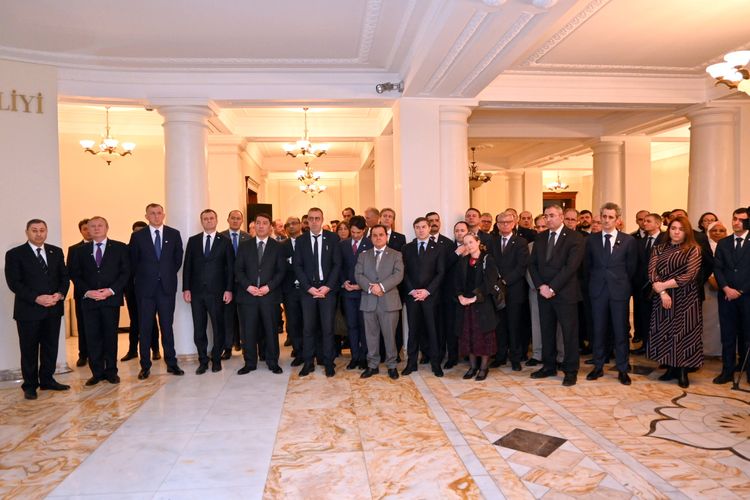