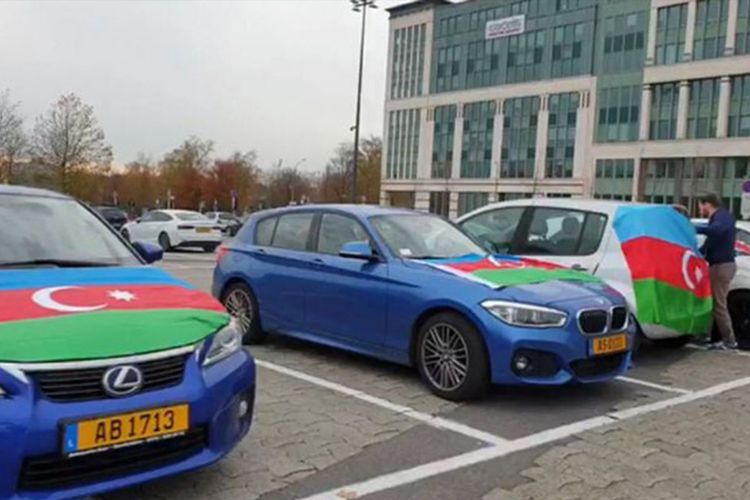 The Azerbaijanis living in the Great Britain hel auto-rally on occasion of liberation of Shusha City from the Armenian occupation, APA’s British correspondent reports.

During the auto-rally held in central streets of London, the Azerbaijani flags were raised, “Garabagh is Azerbaijan!” slogans were voiced all along the way.

Ambassador Tahir Taghizade said Shusha is Azerbaijan’s beating heart and this heart started to beat again. He expressed their gratitude to the community members.

J. Feyziyev also congratulated the community members with liberation of Shusha from occupation.

Our martyrs’ memory was honored with one-minute silence. Azerbaijan’s State Anthem was played back, the national songs were sung.