British MP: OSCE Minsk Group has not fulfilled its mandate, this needs to change 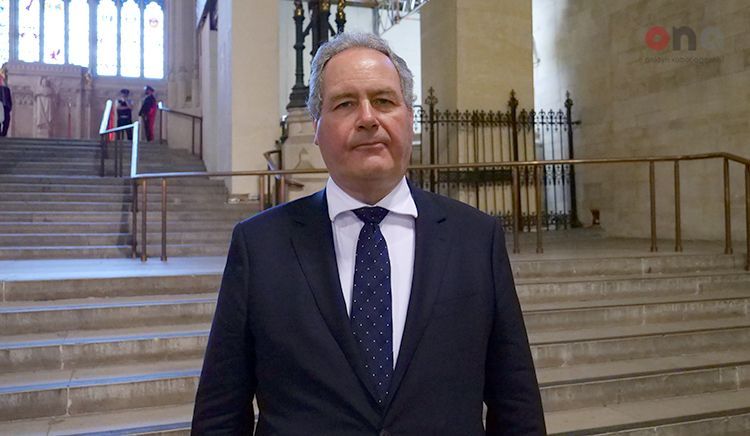 "I have witnessed first-hand the ongoing tragedy of the Parliament Armenian-Azerbaijani Nagorno-Karabakh conflict, which has led over one million Azerbaijanis to become internally-displaced persons (IDPs) and refugees for nearly 30 years," Bob Blackman, Member of Parliament, Chairman of All-Party Parliamentary Group on Azerbaijan said, APA reports.

"Despite the fact that the Azerbaijani government has made every effort to provide basic accommodation for these people, they all express one overwhelming desire - to return to their homes and lands.

I was dismayed to hear that Armenia has fired directly at Azerbaijani civilian populations, many far away from the 'line of contact', in flagrant breach of international law. Civilians were targeted by artillery strikes, including those living in Ganja, Azerbaijan's second city, resulting in the needless death of 13 people, including women and children. The Nagorno-Karabakh conflict is taking place within the defined and internationally recognized borders of the Republic of Azerbaijan. Four UN Security Council resolutions demanding the unconditional withdrawal of Armenia's armed forces from Nagorno-Karabakh and the seven surrounding occupied regions remain unimplemented by Armenia. The OSCE Minsk Group responsible for mediating this conflict has not fulfilled its mandate. This needs to change.

My hope is for a swift and peaceful resolution to this conflict, and a return to the days when Azerbaijanis, Armenians and other nationalities can once again live together in peace, harmony and understanding."