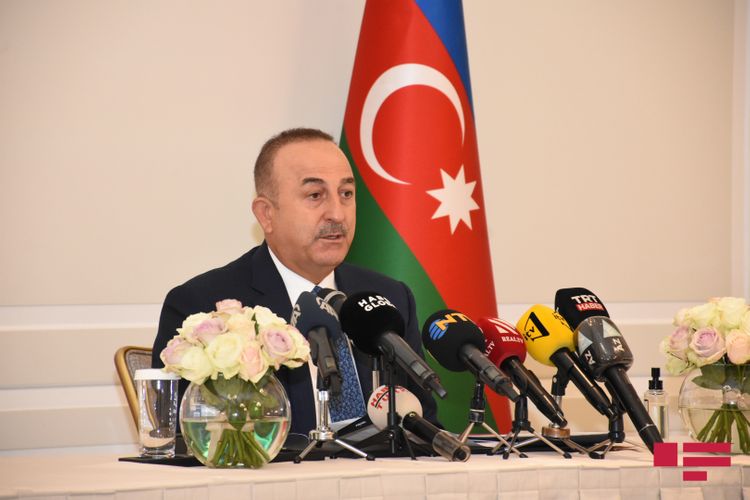 "We feel like at home in Azerbaijan", said Minister of Foreign Affairs Turkey Mevlut Cavusoglu at the press conference today, APA reports.

M. Cavusoglu has congratulated Azerbaijani Army, brother Azerbaijani people under leadership of Supreme Commander-in-Chief Ilham Aliyev for their achievements at the battle: "Azerbaijan wanted to resolve the conflict by peaceful means for many years, but it was Armenia that violated ceasefire. A ceasefire agreement was signed among Azerbaijan, Russia, and Armenia after the victory at the battle. It was Armenia that violated ceasefire three times previously."

Turkish FM noted that what Azerbaijan wants is to take back the territories which were under occupation for 30 years: “We stand by Azerbaijan, whatever solution Azerbaijan prefers, chooses for the liberation of its occupied territories. Until Azerbaijani lands are liberated, there can not be lasting ceasefire, we repeatedly noted it. By the latest agreement timetable has been determined in order to return occupied territories of Azerbaijan.”