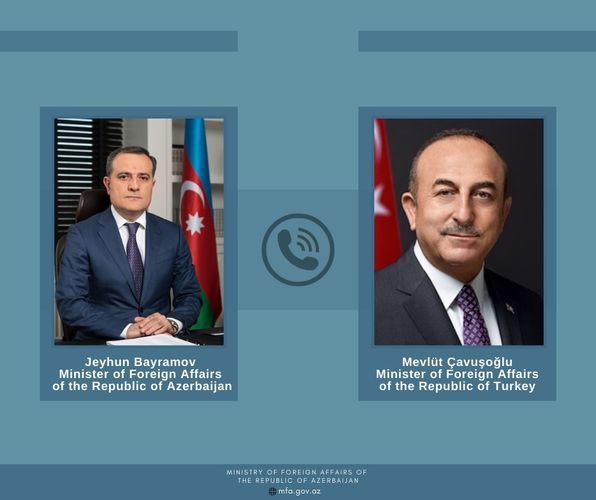 The minister of Foreign Affairs of Turkey sincerely congratulated minister Jeyhun Bayramov and the Azerbaijani people on occasion of the victory.

He stressed that as one nation, two states, Turkey shares this joy of Azerbaijan.

Minister Jeyhun Bayramov expressed his gratitude to his fraternal Turkish counterpart and all Turkish people for constantly standing by the Azerbaijani people, not ever sparing his resolute support to our country’s righteous stance, sharing our joy and sorrow.