Chairman of the Russian State Duma Committee: "According to agreement, Armenia had to return the seven occupied regions to Azerbaijan " 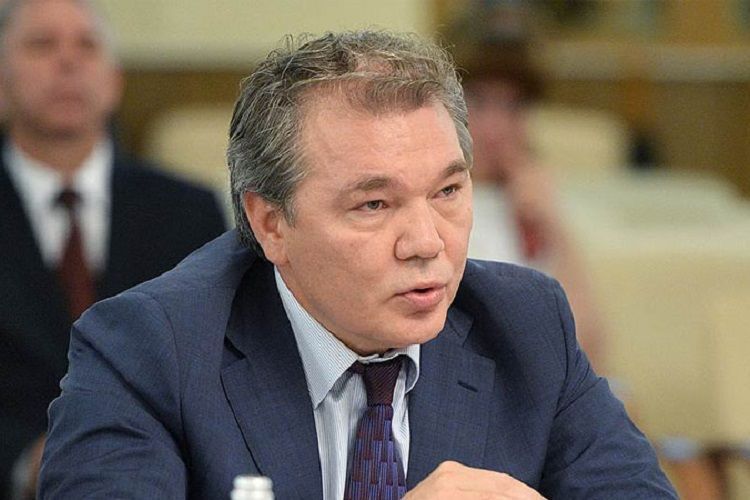 "Russia should take all necessary measures to stop military operations in the region of the Nagorno-Karabakh conflict in the near future, not to kill people, and to return to the negotiation process," said Leonid Kalashnikov, chairman of the Russian State Duma's Committee on Eurasian Integration and Relations with Compatriots in a statement on the situation in Nagorno-Karabakh at today's plenary session, APA's Moscow correspondent reports.

"Now everyone says that the problem should be resolved through diplomatic negotiations, no need to change the status quo. Here, I would like to address our parliamentarians, the parliaments of Azerbaijan and Armenia, and express our readiness to mediate for the stabilization of the situation in Nagorno-Karabakh. The Russian parliament has this experience. The signing of the Bishkek Protocol on the ceasefire in 1994 was made possible thanks to the CIS Parliamentary Assembly. According to the agreement reached at that time, Armenia had to return the seven occupied territories to Azerbaijan. Everyone believes that these lands are the territory of Azerbaijan. The third clause of the agreement provides for the return of IDPs to their homes and the determination of the status of Nagorno-Karabakh, the referendum, etc. was. However, the then Russian Foreign Minister Kozyrev prevented it. He said that the return of the occupied territories and the return of IDPs, the status of Karabakh and other issues were entrusted to the OSCE Minsk Group. Everything has been in sight for 30 years. In short, this process is buried. Today, we return to the beginning of the Karabakh conflict process with you," he said.