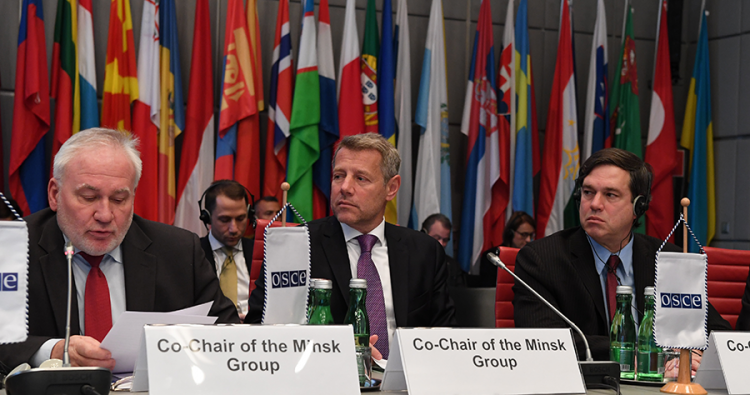 "OSCE Minsk Group Co-chairs are on a visit to Moscow with invitation of Russian Foreign Minister Sergey Lavrov on November 17-19", said the official representative of the Ministry of Foreign Affairs of Russia Maria Zakharova at the briefing held today, APA's correspondent in Moscow reports.

According to her, co-chairs from the US and France, as well as Personal Representative of the OSCE Chairperson-in-Office are in Moscow: "They have held consultations at the Russian MFA. Co-Chairs also held meetings with representatives of the Defense Ministry of Russia. Cooperation of co-chairs on regulation process of Nagorno-Karabakh conflict after ceasefire has been discussed."

Russian MFA representative noted that her country did not stop contacts with sides of the Nagorno-Karabakh conflict: "These contacts continue during the whole day."