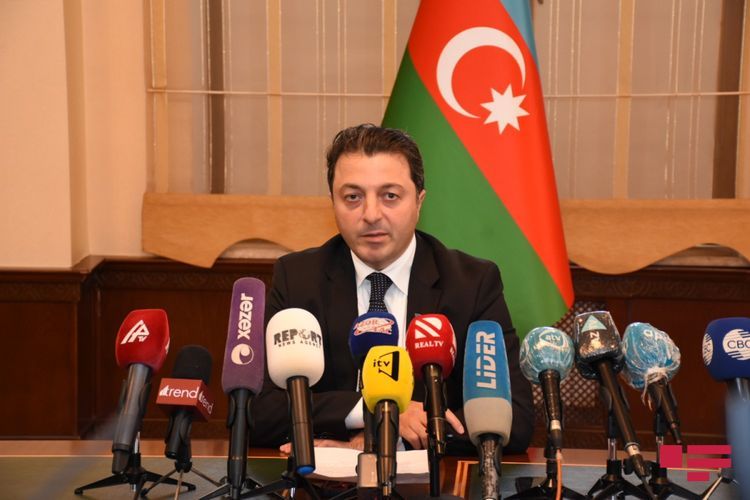 “The draft law of Armenia’s parliament “about genocide issues” is completely aimed at misleading, confusing the world community”, said community chairman, deputy Tural Ganjaliyev at the press conference dedicated to massive terrorist actions of Armenians against Azerbaijanis in Khankendi City on September 18, 1988 in the Azerbaijani community of Nagorno Garabagh region, APA reports.

The community chairman thinks recently, Armenia takes such deceptive and distracting steps in order to conceal its military aggression against Azerbaijan: “By this draft law, the Armenian parliament frequently brings to agenda the so-called “genocide” issues. As the party who committed genocide against Azerbaijanis in Khojaly, the bringing of this draft law to agenda by them is ridiculous”.

T. Ganjaliyev noted that Kocharyan, Sargsyan are the persons who personally committed genocide in Khojaly, their hands are steeped in blood: “Instead of adopting the draft law, the Armenian parliament should judge participation of Sargsyan and Kocharyan in the genocide crimes and in such a case they will look sincere. Otherwise, the statements of Armenians talking about genocide look non-sincere”.