Community: Occupation of our historical lands is temporary and we will return to our lands soon 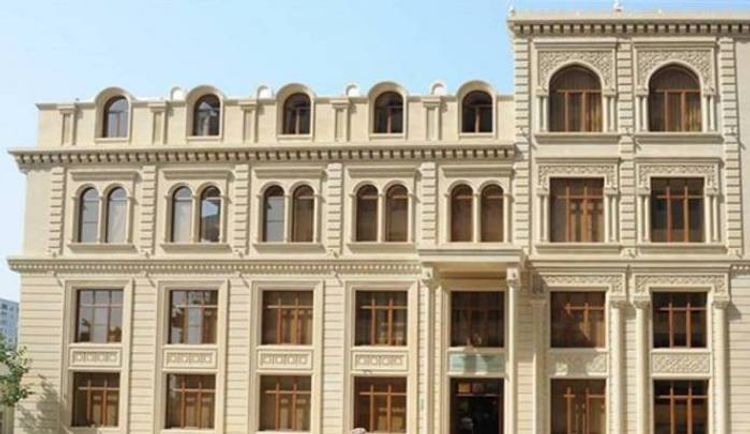 Azerbaijani Community of the Nagorno-Karabakh region of the Republic of Azerbaijan has issued a statement  concerning the “7-principles” of the puppet-in-chief of the puppet regime, APA reports.

"Armenia continues to make provocative statements against our country, both directly and through the puppet regime, it has installed in #Azerbaijan’s occupied territories. The puppet-in-chief of the puppet regime put forward seven “principles” to resolve the conflict.

Recently, Armenian Prime Minister Nikol Pashinyan also put forward seven groundless and provocative principles for the resolution of the Armenia-Azerbaijan conflict. In response, the President of Azerbaijan Ilham Aliyev put forward one principle – the Armed Forces of #Armenia must be withdrawn from the occupied territories of the Republic of Azerbaijan.

We declare that with this Armenia only deceives itself not the world community. The truth is, Armenia occupied one-fifth of the internationally recognized territories of Azerbaijan, carried out ethnic cleansing, expelled nearly a million Azerbaijanis from their native lands, and created a criminal regime in our occupied territories to conceal its aggression.

These seven “principles”, which originate from impunity and arrogance, are completely unacceptable. The parties to the conflict are Armenia and Azerbaijan, and the interested parties are the Armenian and Azerbaijani communities of the Nagorno-Karabakh region of Azerbaijan. The negotiation format cannot be changed.

Armenia not only rejects our proposals of inter-community dialogue with the Armenian community of the Nagorno Karabakh region of Azerbaijan but also denies the very existence of the Azerbaijani population of the region. This is a vivid example of the Azerbaijanophobia policy pursued by Armenia at the state level.

Azerbaijan’s biggest concession in the conflict resolution is its participation in the peace negotiations for many years. The settlement of the conflict is possible only and only with the complete withdrawal of the Armed Forces of Armenia from the occupied Karabakh region of Azerbaijan and the return of all IDPs to their places of permanent residence.

The recent provocative statements and actions of Armenia suggest that the military-political leadership of the occupant country is preparing to carry out yet another act of aggression against Azerbaijan. However, as in April 2016 and July 2020, the Armed Forces of Azerbaijan will give a proportionate response to the aggressor.

Our dear Karabakh region will be wiped clean from the occupant Armed Forces of Armenia and the puppet regime. The occupation of our historical lands is temporary and we will return to our lands soon."