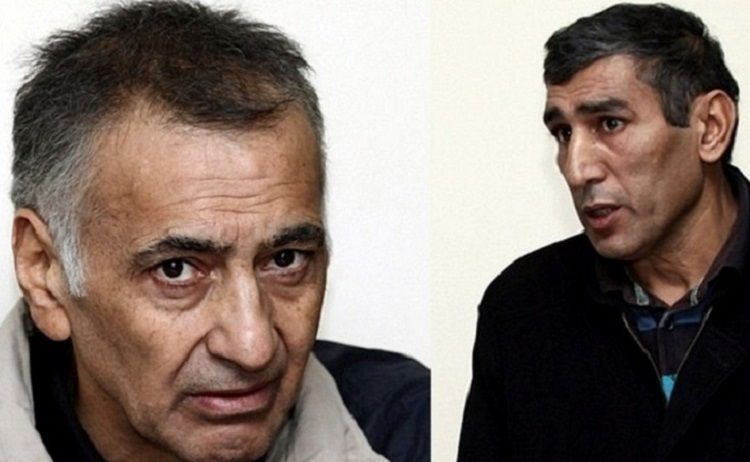 Dilgam Asgarov and Shahbaz Guliyev detained in Nagorno Karabakh have been transferred to Armenia, Ilaha Huseynova, head of the public relations department of the International Committee of the Red Cross (ICRC) in Azerbaijan, confirmed the fact to APA.

It has been noted that detained persons as a result of Nagorno Karabakh conflict have been transferred to Armenia.

Note that information on transfer of Dilgam Asgarov and Shahbaz Guliyev to Armenia had been disseminated on the press.

Note that in July of 2014, the Russian citizen Dilgam Asgarov and the Azerbaijani citizen Shahbaz Guliyev were taken hostage by the Armenian soldiers while intending to visit their ancestral lands, meanwhile the Azerbaijani citizen Hasan Hasanov was shot dead. The corpse of H.Hasanov was taken from the enemy and was buried in Baku. The illegal “court proceeding” over D.Asgarov and Sh.Guliyev was arranged in the occupied Nagorno Garabagh. By decision of the "court”, D.Asgarov was deprived of liberty for life, while Sh.Guliyev – for the period of 22 years. They were detained in Shusha prison.