Embassy: At meeting, Lavrov noted the importance of the early resumption of negotiations with the participation of co-chairs 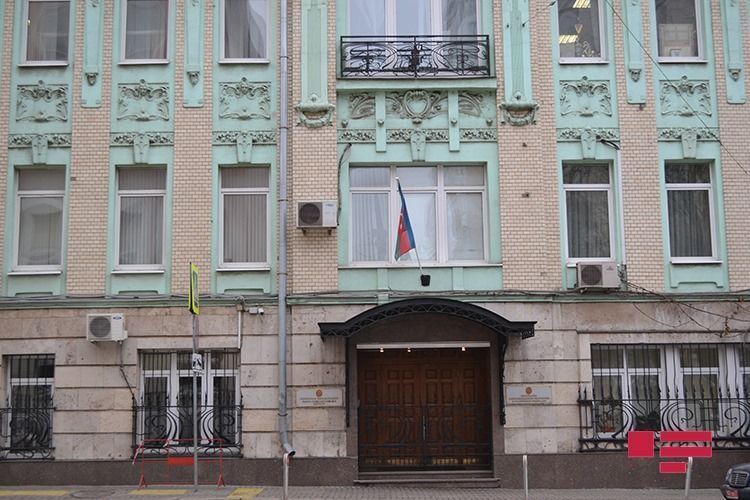 Azerbaijan’s Embassy to Russia has disseminated information about the official visit of Chairperson of the Azerbaijani Parliament Sahiba Gafarova to Moscow during September 21-23, the Embassy’s Press Service told APA’s Moscow correspondent.

The meetings held by the speaker of the Azerbaijani parliament in the framework of her official visit to Russia have been described in detailed way in that information.

The meetings of the delegation led by Sahiba Gafarova with chairperson of the Federation Council Valentina Matvienko, chairman of State Duma (lower chamber of the Russian parliament) Vyacheslav Volodin, the speech made at the plenary meeting of the Federation Council, as well as the meeting with Russia’s Minister of Foreign Affairs Sergey Lavrov, according to the Embassy.

It was stated that at the meeting with Lavrov, Sahiba Gafarova stressed high level of strategic partnership between the two countries, as well as the fact that the regular contacts between Azerbaijan’s president Ilham Aliyev and Russia’s president Vladimir Putin transmit dynamism to bilateral relations.

“At the meeting, Sergey Lavrov briefed in detailed way the Azerbaijani delegation on history of process of negotiations regarding Nagorno Garabagh conflict, the work over creation of Madrid principles and their essence, and once again reminded the position of Russia as a co-chair country of the OSCE Minsk Group reflecting solution of the conflict in peaceful way and by amicable means. In this regard, Lavrov noted importance of expeditious resumption of negotiations with participation of OSCE Minsk Group co-chairs. The detailed exchange of ideas took place between the minister and the deputies” the embassy’s information says.