Erdogan: "Azerbaijan wants its own territories, does not have any other requirement" 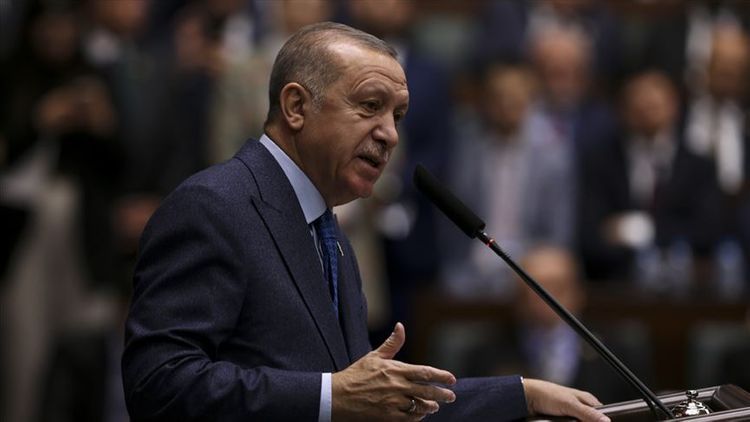 "About 100 thousand Armenians are living in Turkey. They use all opportunities in our country. We have not shown a negative attitude towards them", Turkish President Recep Tayyip Erdogan at the group meeting of AKP, APA's bureau in Turkey reports.

"However, Armenians occupied territories of my Azerbaijani brothers, Azerbaijani population had to leave their territories. Azerbaijan wants its own territories, does not have any other requirements. Co-Chairs of the OSCE Minsk Group - the US, Russia, and France are still using tactics of distraction. There is an obvious fact of occupation. If there are human rights, democracy in the world, co-chairs should not extend conflict, return territories to their owners. Can a discussion last for 30 years? The situation has reached this level now. We are called that we allegedly are sending migrants from Syria to Garabagh. We do not have such a problem. We supported Azerbaijan and will support it again. Well, so many weapons arrive in Armenia from Russia, France, why you do not talk of it? I wish strength, power, and victory to Azerbaijan, conducting a Homeland war", said Turkish President.