Erdogan: “I believe that our Azerbaijani brothers will win this fight” 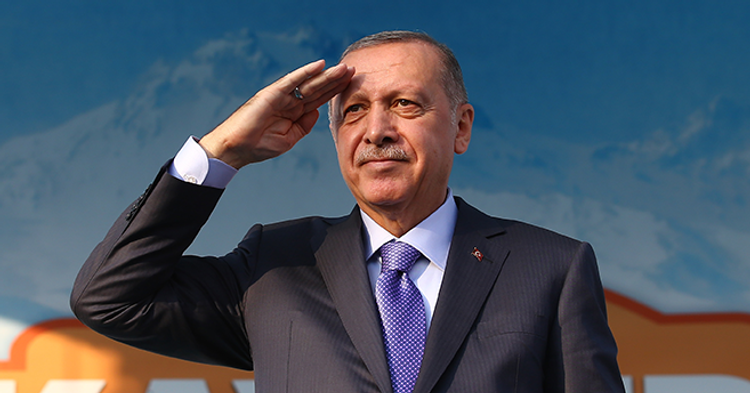 “Co-chairs of the OSCE Minsk group, what did you do so far? Did you liberate Azerbaijani lands from the occupation? No! You think you will bring peace to the region by sending weapons to the Armenians," said Turkish President Recep Tayyip Erdogan in his speech at VII Extraordinary Congress of the Justice and Development Party in Kayseri, APA’s Turkey bureau reports.

“ I believe that our Azerbaijani brothers will win this fight. Those who remained blind and deaf to the occupation of Azerbaijani lands and tragedies are calling for a ceasefire today, it is complete hypocrisy,” Erdogan stressed.