Erdogan: “Inshallah, Kelbejer and Lachin will also be surrendered to its owners in a short time” 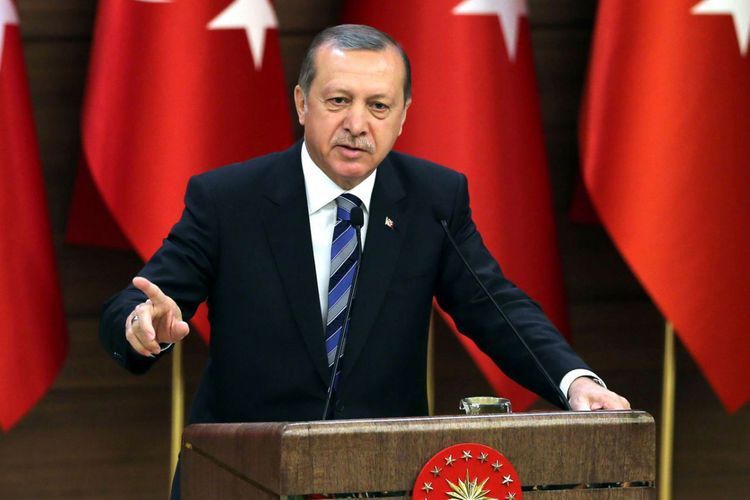 “The OSCE Minsk Group didn’t find a solution to this unjust occupation that continued for 28 years. But they continuously strung along”, said President of Turkey Recep Tayyip Erdoğan, APA reports.

“We talked to them personally, but they never found a solution. Because they didn’t have the intention to find solution. As the late Mahammad Amin Rasulzade also said: “A flag that is raised once can’t ever be lowered!” It will not be lowered! Inshallah, the struggle flag will not be lowered until the end of occupation in Nagorno Garabagh. I once again congratulate on this occasion all my Azerbaijani brothers led by Ilham Aliyev, commemorate with mercy our martyrs. Inshallah the lands being under occupation and primarily Kelbejer and Lachin will also be surrendered to their owners in a short time”, Erdoğan noted.