Erdogan: "Together with Russia, we can establish peace in the region by taking appropriate steps in the Azerbaijani-Armenian issue" 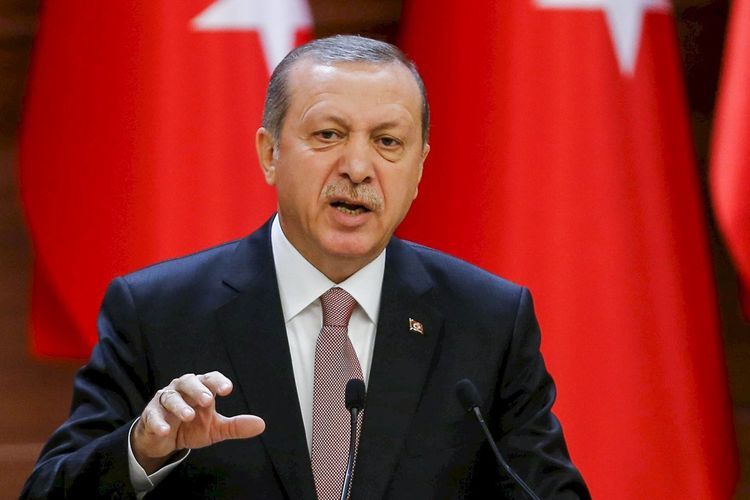 "Azerbaijan makes its legitimate demand. It is impossible to put aside the demand of President Ilham Aliyev. Azerbaijan says that if Armenia proposes Russia's participation in the settlement of this problem, then we propose to involve Turkey. As much as Russia wants peace and stability over the Nagorno-Karabakh conflict, so does Turkey," said Turkish President Recep Tayyip Erdogan this while answering journalists' questions after Friday prayers, reports APA's local bureau in Turkey.

Erdogan said that as Turkey is a member of the OSCE Minsk Group, it is possible for his country to take part in resolving the issue through diplomatic means, and therefore has not heard any opposition from Russia: "There are no statements about Russia's negative attitude towards Turkey in this matter. Those who say yes, express their opinions. We have joint activities with Russia on both Syria and Libya. We hope that we will establish peace in the region by taking appropriate steps in the Azerbaijani-Armenian issue"